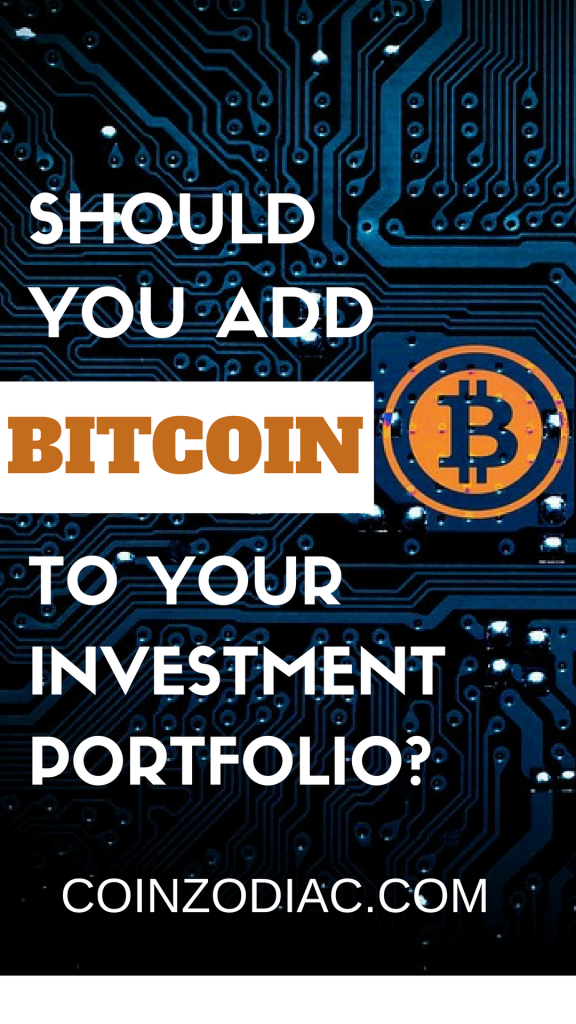 Bitcoin has been in a league of its own. Its extraordinary price surge in 2017, has been unbelievable, striking ignorant consumers initially as a passing fad.

That is mind-blowing at the same time extremely tempting isn’t it?

This astronomical rise in the price of Bitcoin poses the most essential question of all, should you and I invest in Bitcoin?

Is this going to be the next big thing in human history? Or the beginning of an apocalyptic crash sceptics have been warning about?

Disclaimer: You should be aware that Cryptocurrencies in general might carry greater investment risk than other investment opportunities. Bitcoin’s price could swing wildly and you could lose as much of 20% of your investment in just a matter of minutes.

P.s. I for one have experienced this for myself.

Let me help you analyze the different aspects of your portfolio in order to find the most suitable answer to this rousing question.

Yes. Bitcoin is in a Bubble. It will be the biggest bubble of our lives - But not for the reason you might think. Click To Tweet

Bitcoin is virtually backed by $0 dollars worth of assets, so technically, the valuation of $17,000 per coin certainly qualifies as a bubble.

However, by looking at this profound yet inherent logic, even at $30, it could still qualify as a bubble. So what gives?

This thought process that considers Bitcoin as a bubble at any given price above $0 is flawed and force-fed.

Bitcoin’s supply will never exceed more than 21 million coins, ever. Right now there are about 16.6 million coins in circulation and with about 4 – 5 million coins left to mine, it would take about a hundred or more years to mine the last Bitcoin. (That exact date would be May 7th, 2140.) Hence, the price of Bitcoin is purely driven by demand for its finite supply.

It has also the first mover advantage in terms of a technology brand name that accelerates hype and its luster.

Although in a fast moving age of technology, where better solutions can often succeed and displace a pioneering innovation; like in the example of MySpace or Netscape, Bitcoin has the allure of a decentralized Network Effect that governs its intrinsic value and enhances its security features.

If you’re looking to draw any conclusion comparing it with any traditional assets or a tulip, it will not work; especially when we tend to always define value in terms of the $US dollars.

You could however draw more similarities to antique cars or fine art; or even gold for that matter.

Since fiat currency is backed by the government or the assets and economic power of the issuing country, its currency could fluctuate based on the economy.

Many believe that the economic collapse of 2008 is what gave credence to Bitcoin and other cryptocurrencies today.

So if you were to include Bitcoin in your portfolio, here’s what you can consider:

One more way for Diversification:

Close to one-third of millennials say that they would rather invest in Bitcoin than traditional investment options like government bonds and stocks.

A well-diversified portfolio is always better compared to a concentrated one. Most of us just have shares as well as mutual funds and REITs in our portfolio. In such cases, adding cryptocurrencies can provide a hedge against an economic downturn.

The problem is that when it comes to Bitcoin, the astronomical rise makes people greedy. They want to invest 50% or even 80% of their entire portfolio.

Some are even borrowing more money, running up credit card debt and mortgaging their houses in order to buy Bitcoin.

I personally believe that given the volatile nature of cryptocurrencies like Bitcoin, you should be investing only up to 10% of your entire portfolio. This helps you ride the momentum and protects you from panic selling when the prices plummets.

At this stage, Bitcoin is the type of investment that warrants a risks averse investor.

This could be the single greatest tectonic shift in money and wealth that we will ever see in our lifetimes.

But first you must understand why?

In order to understand why this trend is taking off so dramatically, you have to take a look at some of these potential events.

The main purpose of Bitcoin is to provide a decentralized-pseudonymous form of transacting value, to eliminate the middle-man (banks and financial institutions) and thus reducing cost to transact money.

The problem now is that with the massive adoption of Bitcoin, transactions has slowed down considerably and the fees have spiked.

This poses a fundamental problem as it is veering off its original roadmap. (this could be solved via forks in the future, the reason why Bitcoin Cash and Gold exists)

While most people who started using Bitcoins were in for the peer-to-peer form of money, there are those who believe in the Bitcoin brand so strongly that they are now considering it as the digital form equivalent of gold.

Right now the price is reaching new highs each week, defying sceptics and Jamie Dimon’s alike; the media loves it and it is fueling social media frenzies.

As it turns out, plenty of people want to treat Bitcoin not as everyday currency but as an investable security similar to gold or silver.

Even billionaire investors are suggesting to invest with only the money in which you could afford to lose.

Mark Cuban in an interview with CNBC said that if you invest in Bitcoin, you have to pretend that you have already lost your money.

Can Bitcoin help you beat inflation?

Financial experts believe it does. One of the main traits in an inflation-beating asset class is the supply and demand equation.

Bitcoin and Gold, are both available in limited quantities. The U.S. dollar or any other currencies today are considered “fiat” with nothing backing their value like how gold once used to.

A growing number of people living in economically and politically troubled countries are turning to Bitcoin as their solution towards an economy spiralling out of control.

Citizens in countries such as India, Venezuela, Argentina and Zimbabwe have lost faith in their local currencies and have seeked refuge in cryptos such as Bitcoin and Dash.

For one, economics professor, Panos Mourdoukoutas, explains why Bitcoin has beaten every other investments such as stocks, bonds and in some ways, gold included:

“Bitcoin has left stocks, bonds, and gold in the dust in 2016. The digital currency has more than tripled in value, while the S&P 500 and SPDR Gold Shares rose in upper single digits; and all three investments outperformed the iShares 20+ Year Treasury Bond, which declined in value.

Then there are the renewed concerns over the break-up of trade wars, and the return of the old fiscal easing and huge budget deficits that feed into inflation, which undermines faith in national currencies.”

Whenever tensions flared between North Korea and the United States of America, Bitcoin’s price tends to trend upwards as well. This has led to the conclusion that it can provide a safe haven during turbulent times and acts as a hedging mechanism against economic uncertainty.

We will see massive volatility in the days lying ahead.

The key to thriving in the chaos of the wild west of cryptos is to remain rational. It is irrational to expect stability to something that could potentially transform the entire world.

The best part of it all is that this cryptocurrency bull market is just getting started.

So get out there and the very least, buy some Bitcoin. Remember, you don’t have to own an entire Bitcoin. You can just own a fraction of it.

When you look back at how things unfold, the price always just seems a little bit too high at the moment. Forecasting or evaluating Bitcoin prices based on historic fundamentals and other asset classes is silly since there isn’t any other thing like this before.

You have to consider the whims of the market and the extra room for the potential growth of this technology.

So the only remaining question is, will Bitcoin be the only dominant player in town, or will its technical hurdles erode it’s luster and allow other crytos like Dash, Monero or Zcash to win?

I seriously doubt there will be more than a dozen cryptocoins out there 10 years from now.

There isn’t really any point in having so many duplicate coins that solves the same exact problems.

Most ICOs are just trying to cheat the public off their hard-earned money.

Every coin out there has to solve a fundamentally challenging problem in their respective space in order to stay relevant for the future.