I have extreme faith that cryptos will be the future and that we are just at the beginning of this major technological adoption.

But there are sooo many scams out there. Which is why you should know how to spot those scams.

That’s how the creators of Prodeum pulled the good ol’ exit scam, one that used a stolen Linkedin identity.

This is how bad it is…

They promised to revolutionize the fruit and veggie industry utilizing the Ethereum blockchain. Many environmentalist and activists were attracted to their cause and it started drawing in everyday investors.

Unfortunately, they took all the money, deleted all their social media and wrote on the website… 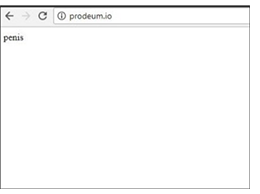 It would be hilarious if people’s hard-earned money wasn’t involved.

But millions of dollars were involved.

And that is why I have to warn all of you that some cryptocurrencies are likely to be scams. Do not let these scam artists steal your money.

Prodeum for example, uses Fiverr sellers to exhibit and showcase their brand on social media.

lololololol it looks like Prodeum was paying people from Fiverr to write its name on their bodies pic.twitter.com/501JVdpKZM

To be clear: Some cryptos are scams… their founders are scam artists… and I wouldn’t be surprised if you are currently invested in some of them.

Only time will tell…

Just a few days ago, it was revealed that over 1200 Australians reported Bitcoin-related scams to the ACCC (Australian Competition and Consumer Commission) in 2017. That roughly translates to about $966,000 USD lost to fraudsters alone.

As an avid crypto enthusiast, there are many Bitcoin related investment schemes which are Ponzi scheme. The most notable one was Bitconnect, which a majority of people thought it was legit.

What is even sadder is that this is in no way an isolated incident.

Over the last couple of years, it seems like what was once a fringe complicated technology reserved for the nerds and the computer savvy has blossomed into a worldwide phenomenon that has disrupted the financial industry.

But with the surging popularity with Bitcoin and Cryptos, the pests and leeches have started crawling out of the woodwork.

Another day passes by, another Bitcoin scam exposed on the news.

Ok, let me lay down the cold hard truth as I see it. The greatest vulnerability when it comes to using any digital system is that which is between the computer and seat. Ladies and gentlemen, the point of failure in most instances is you.

The software may be working as it was designed to but either due to ignorance from our side or competency and arrogance we end up introducing flaws to an already almost perfect ecosystem.

Hold on, before calling the lynch party at this outrageous claim, allow me to give you a few examples of how it works and subsequently how you can foolproof yourself.

One of the oldest tricks in the books, literally. This is whereby an individual attempts to get sensitive information from another for malicious intent. This information may include things like usernames, passwords and in our case account numbers and addresses.

The way they do this is deceptively simple but has been used to devastating effects in the Bitcoin community.

They can either send your emails with links that lead to compromised websites that then proceed to steal your account details, emails etc when asked to register, or worse still, some of these websites may run scripts in the background that install malicious programs onto your system that then make it vulnerable to future attacks.

Another variation is whereby they send you SMS or calls claiming that you have won a prize and then proceeding to request sensitive information from you in the name of verifying your account. The problem is so rampant that it was the top spam and phishing topic in 2017.

If I was to exhaustively talk about phishing I think this would be a much longer article than it is intended to be, you get the idea though. So how do you protect yourself against these kinds of attacks?

If you are reading this then chances are that you know what a Bitcoin exchange and a wallet is. That means you also have an idea how much damage a compromised exchange or wallet could do.

It is not always necessary to click a link on your facebook page just because it says that you can buy Bitcoin 10% cheaper than the asking market price. More often than not these links lead to websites that are compromised.

Ok, so now that we have established that if we are just a bit more cautious we can easily avoid the greater majority of some of these scams then what about the ones we have no control over, the ones that could easily fool even the most paranoid among us? Well…

I am guessing that you must have come across cloud mining somewhere along the line, indeed some of you might even be involved in a few at the moment.

Cloud mining is whereby a group of users pool their resources in order to rent remote mining equipment or to share mining hashpower.

To make it clear, not all mining operations are scams but like any other operations there are those who tend to take advantage and the problem is that it is a bit difficult to establish between the legitimate and fraudulent ones.

Common sense applies here. Be careful where you get your referral links from, did you get it from an advert you saw online or on social media? Was it referred to by a friend?

Scour the internet for user review, forums and communities.

There are those who believe that there is no such thing as a legitimate cloud mining operation.  Do the research yourself and find out where your stand is.

If you chose to proceed, pay close attention to the mining returns, do the numbers tally up? Are the payments frequent and predictable? Trust your instincts and if you feel that there is something wrong don’t be hesitant to up and leave.

Right off the bat, these may be a bit more harder to catch but when in doubt fall back to the old adage , “if it’s too good to be true, then it most probably is.”

Multi-level marketing schemes usually ask for a one time new membership fee and promise you returns for every member you bring onto the scheme thereby multiplying your investment for every new member who joins. On paper, it doesn’t sound too bad but they fall on a grey area both legally and financially, and in my opinion they are not worth the risk.

Ponzi schemes usually appear with an outlandish claim whereby they promise to double or even triple your investments seemingly overnight. Once again, if it too good to be true, it most probably is.

Reputability is everything in the Bitcoin community and if it doesn’t check out move on regardless of the perceived opportunity cost. In the end you will thank me for it.

All in all, the greater majority of the community comprises of people like you and me, hardworking, diligent and honest and our main goal is to see Bitcoin and Crypto in general grow and reach its full potential. In the process, this is only one of a myriad challenges that we will have to overcome but if we develop good practices then I have no doubt that some of these scams would be a thing of the past.

The Future Of Possible Decentralization with Bitcoin