A security breach in the most popular exchange site at that time caused crash in the price of bitcoin.

Then came the arrest of Charlie Shrem, the bitcoin prodigy who was living the life of a Bitcoin millionaire.

With successive shutdowns of Silk Road and Utopia, bitcoin was at the verge of a total collapse.

Then Flexcoin, a Bitcoin-bank announced that all of its users’ accounts has simply vanished.

One after another, what seemed like isolated incidents stirred up a huge damning breach of trust. 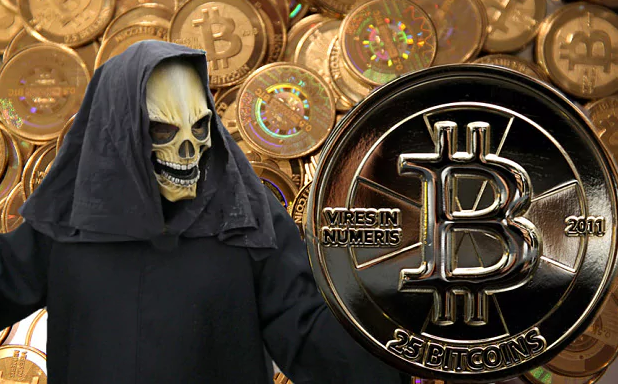 Bitcoin is the most secure financial network on the planet. But its centralized peripheral companies are among the most insecure. pic.twitter.com/0rxLtXscNJ

Many believed that bitcoin would never ever recover from these pratfalls.

It only made the true believers stronger.

While the mass media and big news sites were labeling it as a hype bubble that would eventually burst; the true believers who remained only grew more convinced. (Bitcoin was as high as $700 in 2014)

They weren’t just in for the hype and speculation of the price of Bitcoin.

They believed that holding a Bitcoin would somehow make them an active participant of a bold new future.

One that has some sort of real-world potential to disrupt the financial institutions of the world.

Tech enthusiasts who stayed loyal despite all the upending setbacks weren’t in it just for the money.

And that is why bitcoin has survived and thrived until today.

2017 became the year of the wall street for bitcoin.

People who couldn’t wrap their head around the revolution happening before their eyes are likely to just treat it like a passing fad.

While bitcoin started as a virtual currency intended to revolutionize modern finance and displace “fiat” currency;

Now it has evolved into a completely brand-new asset class that is different from stocks, bonds and other traditional currencies.

When will they ever start labeling it otherwise?

Most of them assumed that the future of Bitcoin depended on its everyday use.

Of course in the early days, people would envision using it to pay rent, buy coffee and make other day-to-day transactions.

Today, almost no one is using their Bitcoin.

Why would they when the price is rising 20% each week.

Plenty of investors are demanding an investable security, similar to gold and silver.

They are treating Bitcoin like the new form of digital gold.

Bitcoin has several qualities that exude just that.

Its difficult to counterfeit. Well, the network effect of bitcoin makes it almost impossible as more and more transactions take place.

You can send hundreds of thousands of dollars worth of bitcoin in about 10 minutes.

When you compare that to a traditional wire transfer.

International wires can eat up 1%-15% of the total amount of money sent.

As far as sending gold, it takes weeks and is very expensive to hire specific transportation and security, not to mention insurance.

So, being able to send bitcoin anywhere in the world is a very valuable utility that only cryptocurrencies possess. Added to that the rapid price appreciation makes it even more valuable and rare just to keep.

When banks are saying that the blockchain technology itself would eclipse Bitcoin, and that bitcoin would ultimately fade away, they made another huge error in judgement.

When the enormous hype over blockchain created thousands of fintech companies and ICOs, the investor bullishness for bitcoin got even stronger.

Bitcoin became a revolutionary on-ramp for many non-techies to learn about blockchain itself.

It became a reserve-currency for the internet of money.Click To Tweet

As many pointed out that regulators and the government would sooner or later crack down on Bitcoin. It didn’t happen.

Even after sending the owner of Silk-road to life imprisonment,

Even after large exchange sites were hacked and millions of dollars of bitcoin lost forever,

It was easy to think that they would.

Right now, the US government can no longer stop the influx of investors coming into bitcoin. Just too many people are involved.

They may also be fond with the idea of using cryptocurrency to transfer huge funds abroad undetected.

Progressive countries like Japan, Switzerland and Australia are already implementing cryptos in a huge way.

If they were to put a complete stop to it, they would be moving backward instead of embracing the future.

Make no mistake, cryptocurrencies are here to stay.

A Beginner's Guide to Bitcoin Mining

Bitcoin Vs. Bitcoin Cash: The Battle of the Digital Currency Bonanza