Monopoly has been a classic board game for over 100 years.

It’s a real estate monopoly game that nearly everyone plays for fun to get a chance to be a pretend real estate tycoon.

But if you’ve played Monopoly long enough, you soon realize that the game illustrates the real world of finance and concentrated private monopolies.

The Landlord’s Game, of which Monopoly is a direct derivation, was originally developed by a woman named Lizzie Magie, an economic progressive who wanted ‘not only afford amusement’ to players but to educate them about how economics was unfairly weighted in favor of the landlord.

Where did all my money go?? via Reddit pic.twitter.com/cBl1cYwWRD

Now, if you’ve played Monopoly before, it should dawn on you that the objective is to acquire some of the most valuable prime locations in real estate, charge players rent for landing on your properties and collect money.

Then use what money you have to acquire more land and real estate, build utilities and condominiums so that you can sit on your ass and collect rent.

It’s a simple objective to increase your odds of winning. But understand that if you arrive late to the game, most of that land would’ve been occupied by existing players.

This is not all that different in the real economy. Except it’s much more complex and harder to grasp.

What’s more, the existing players in our economy created a giant monopoly of the world in which you and I must use their fiat money to pay taxes. 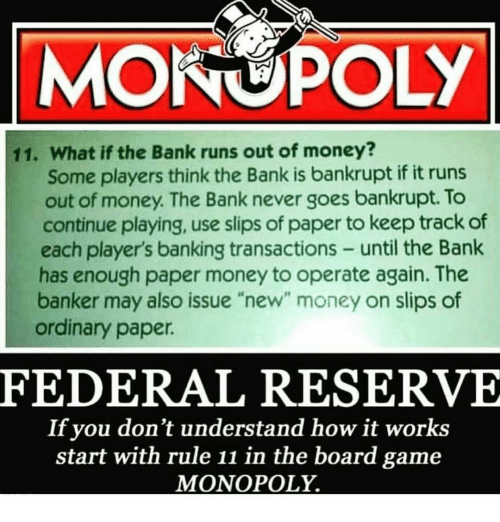 This is why Monopoly isn’t a fun game.

It was designed to be a miserable game from the outset.

For every player arriving late to the game, (basically the entire millennial generation and after) we are indentured servants rather than players competing on a level playing field.

Obsession with this game makes us miserable. And if you find it really hard to keep track of the rules of the game, you’d prefer not to play it at all.

… and that is the true objective of Monopoly.

For one player, their good fortune will make them feel like a king for a few hours, while everyone else will steadily abandon the game.

Ultimately, everyone else becomes indentured servants.

When the game is supposed to reset (via depression/recession) the guys at the top says “NO”. And then chooses to manipulate money to keep them and their cronies wealthy, while you and I have to keep bailing them out with a new kind of tax.

This is called quantitative easing (QE).

Or in layman’s term, “creating more money out of thin air”

Central banks, the modern-era masters of monopoly money, wield this tool as a weapon to steal time and inflict wealth inequality.

And when you look at it that way, it’s just a giant vacuum cleaner, sucking wealth out of society and pulling it to the top.

And the data proves that…

Wealth disparities have soared under the fiat regime. The middle class dying. 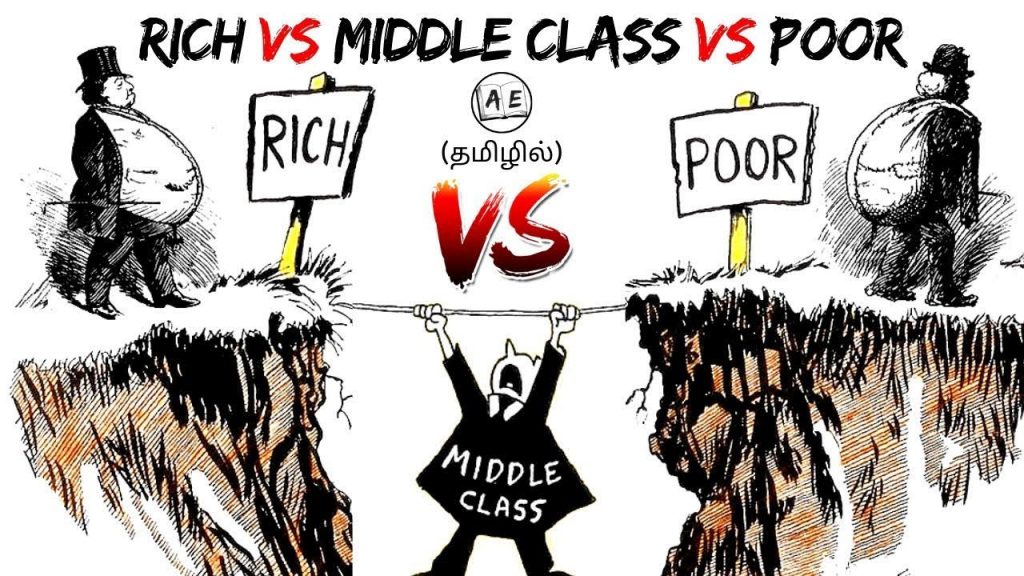 Riots and looting is a by product of tampering with money.

And we’ve seen it before… all throughout history.

Even in the mighty Roman Empire. 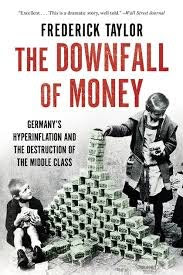 Destroying the middle class would be the last straw that breaks the camel’s back.

Once you destroy the middle class, society tends to break down.

In Germany, it led to the rise of Hitler.

An “exorbitant privilege”, to which the Federal Reserve (a private corporation) can print to the tune of trillions of dollars.

A trillion dollars can only be grasped if you get a working man to spend $1 every second:

At that rate of spending, it would take you over 32,000 years to spend one trillion dollars. 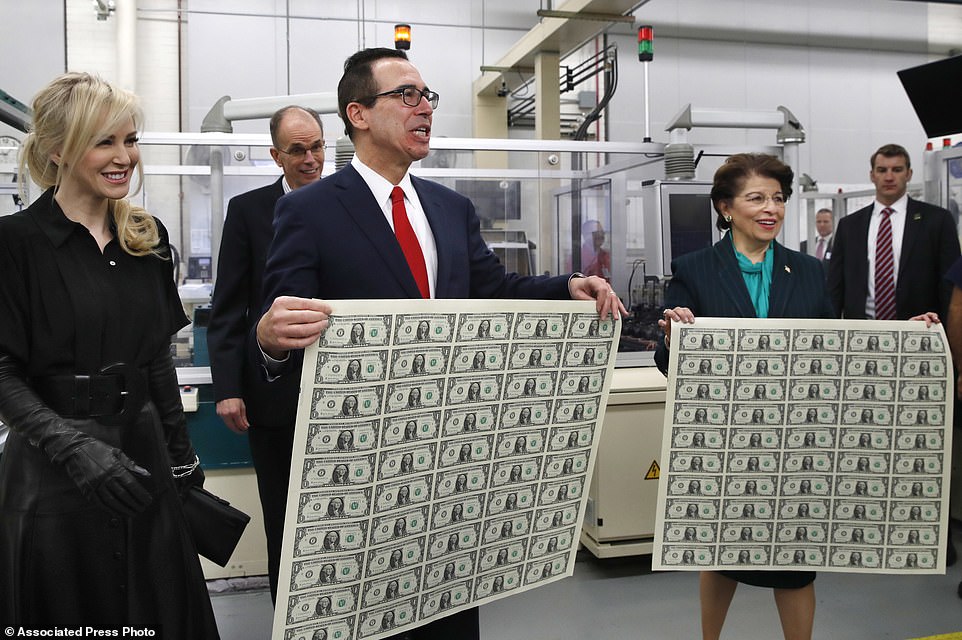 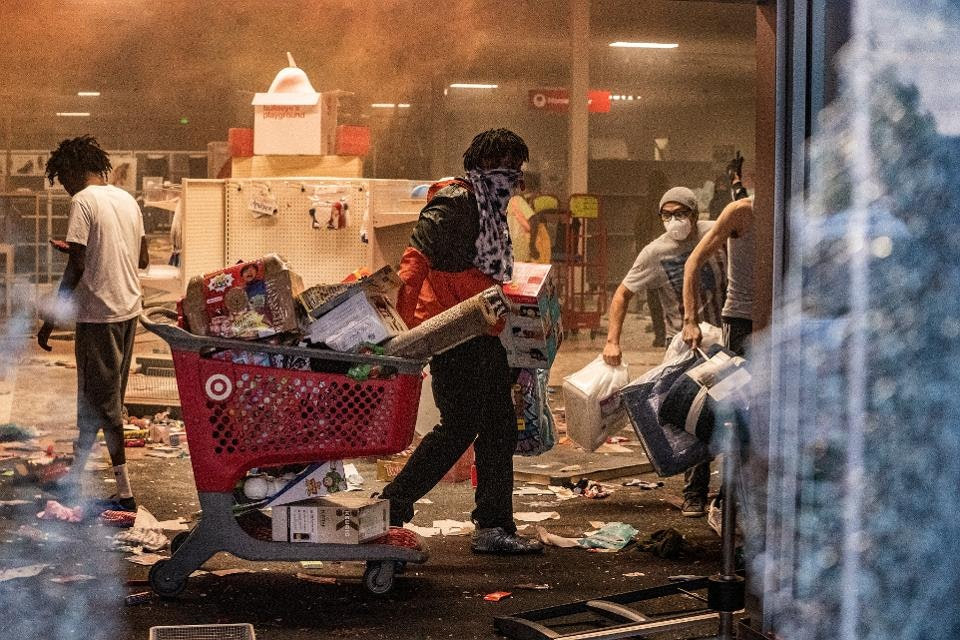 One robs a nation, the other steals hundreds of dollars worth of cheap plastic goods.

But get this, only one of these things is a crime.

Don’t get me wrong.

As with the rules of Monopoly on paper.

No one player can pay to change them. Monopoly wouldn’t work if there was something like a Dungeon Master making the rules to which you can tamper with.

People fuck everything up if you give them the power to do so.

No economic system can survive without a strong incorruptible and immutable system to keep all the players in check.

2) For those who have played, you will notice how systems work. ie – Once you have an early advantage, the game becomes easier (because you have the rents) to acquire more properties, add more houses/hotels. A "positive feedback loop" is created – concentrating wealth.

4) Conversely, missing out on acquiring those assets early creates a "negative feedback loop" which also reinforces on itself. The poor become poorer until they become insolvent as they move around the board paying higher and higher rents.

6) BUT- What would happen if the same positive and negative feedback loops happened in life? With the "winners" acquiring ever more because they had the assets first- concentrating their wealth, and enjoying privileged access to the best education, medical, and other services.

8) How long would the "losers" of the game keep playing the game when they realized that the game was rigged against them. What if they couldn't pay their rents, medical bills, education…with the "game" continuing to get worse. What if the game wouldn't end for them?

10) You might: 1) Listen and elect leaders who tell you they will give you free money (without asking where that money comes from) or 2) Rise up against the "winners" and burn the game to the ground (revolutions) or 3) Play a new game where you had a chance (Bitcoin/Gold)

12) And the crazy thing is: The same thing Central Banks are fighting against – Prices falling because of exponentially advancing technology – might be the best "game" we ever played. @APompliano @PrestonPysh @RayDalio @johnkvallis @PeterMcCormack @princey1976 @MartyBent

There is no alternative (TINA). 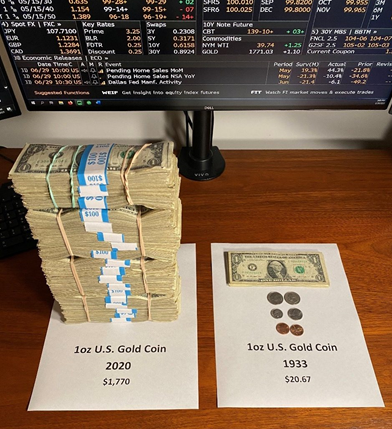 In the Landlord’s Game, and in Monopoly, one person succeeds over all the rest.

There is no skill involved, as it all comes down to the numbers you roll (politics), and thus what squares you land on.

The winning player feels skilled, and has the illusion of making good choices, when really it’s all down to the whim of a dice.

“It is a practical demonstration of the present system of land-grabbing with all its usual outcomes and consequences,” Magie wrote in a political magazine, according to The Guardian.

“It might well have been called the ‘Game of Life,’ as it contains all the elements of success and failure in the real world, and the object is the same as the human race in general seem[s] to have, ie, the accumulation of wealth.”

This makes life much harder for the mass majority who are only just participating in the economy versus the tiny few who dictate the rules of the game.

The only way we can rewrite the rules is by building a neutral protocol using code and enforcing it with algorithms. Code becomes law.

The internet is a good example of this.

IT does not care whether you’re religious or a communist. All it does is convey anyone’s information and send it from point A to point B.

Neutral protocols do not establish what our goals should be, they only help us to achieve them.

There are no subjective human beliefs to contend with…

Anyone can express their own values, beliefs and desires.

Money shouldn’t have to be subjected to the whims of political forces.

Everyone pays the price for using a monetary standard that’s tied to one country.

In the end, it only helps them achieve their own unique goals at the expense of the rest of the world.

We should have a monetary policy that’s open, neutral, borderless, immutable and censorship-resistant for all.

This used to be gold in the past. Now it’s time for The Bitcoin Standard.

Every morning I remind myself that BTC can go to zero.

It is the only rational way to participate in the space.

Yet there are times in history where things really are different.

The question that must be asked is: who would you have been when gold went into the vaults, replaced by paper certificates?

The guy who tried to use the paper or the guy who said “that paper is not money”.

The other point to bear in mind is that every county that has experienced fiat failure had guns and tried to use them. They all failed. So who has the real power?

Those with guns or the public and its demands?

Something for you to think about…

Today I’m recommending you take a two-prong approach towards bitcoin. First, everyone should have access to the real BTC.

Buy Bitcoin, Get a taste of getting some on the banking platforms of the future.

Second, Regain ownership of your money.

Secure your BTC with these offline bitcoin wallets: Ledger | Trezor

Earn using the Brave Browser – Regain ownership of your data!

The Best Kind of Money to Hedge Against Inflation