Bitcoin and Blockchain are constantly being pitted against one another, all by the same kind of people. Their message is simple, Blockchain Is Real And Bitcoin Is A Mirage. They are all over the news. Statements that tries to sway the general consensus of the public. It seems that in a desperate attempt to win over a larger audience and extend this revolutionary technology, many companies and governments are seeking opportunities to create centralized versions of Bitcoin.

We’re currently at a bargaining stage where financial institutions and governments are trying to say yes to Bitcoin, but more being about Bitcoin without the “currency”.

If they did, it represents their fundamental failure to understand what the real value proposition here which is the decentralized system.

This only works if the control over it is decentralized, whereby there is a mechanism deciding which miner gets rewarded in the intrinsic currency (bitcoin) based on game theory. In this case, they get rewarded for following the rules.

If the miners do not follow the security rules (Important to maintain consistency across the bitcoin network) they don’t receive any bitcoins, which represents the return on investment made in electricity or any initial investments staked.

This mechanism is central to ensuring the entire system is protected and contributes to bitcoin’s overall security.

Without the currency, you have to have a central authority that determines whether the transaction is valid, true or just counterfeited. Doing so would mean that it is no longer border-less, no longer censorship resistant and no longer neutral.

Every participant must now be vetted. Someone must now have complete control over the network.

They now have the duty and responsibility to validate each transaction in the network. With this power comes the seduction to establish, develop and stay in power.

While power itself does not corrupt, the fear of a loss of power does so absolutely. Click To Tweet

All the features of a global peer-to-peer electronic cash system disappears with centralization.

Today we can use Bitcoin as a digital token to send money all across the globe. No single institution controls the Bitcoin and the digital tokens are held electronically in digital wallets. Banks are no longer a necessary evil.

Bitcoins are not printed like any other “fiat” currency by a central institution such as a Government or a Bank.

Its monetary minting rate is technically deflationary till 2140 because the supply is fixed at 21mil ever in total.

Blockchains are only one of the foundational technologies. In an attempt to co-opt the interest around Bitcoin, companies and governments are trying to circle the square by creating centralised and permissioned versions while entirely missing the point: decentralization.Andreas Antonopoulos

Decentralization is the unique value proposition offered by Bitcoin as it has no central management, no central repository, or point of failure. Its digital ledger is distributed all across the globe and every transaction is updated on the publicly distributed ledger.

This competition is the central aspect that makes the system secure and truly decentralized. Without this aspect, the currency does not remain neutral, borderless, censorship-resistant and open.

Miners solve complex computational problems and in the process verify the transactions that get recorded in the publicly available ledger. The participant who solves the puzzle first, he places the block on the ledger and claims rewards that include the transaction fees and newly released Bitcoins.

Why Governments and Banks love to Hate Bitcoin?

Banks and Governments hate the decentralized aspect of the Bitcoin. It simply allows the public to trade without a middleman, such as a Bank.

The banking industry thrives on its fractional-reserve practice. This practice is simply a vehicle for excessive greed. If only people could hold their own cash and exchange services directly with one another, the entire banking industry would be deemed irrelevant.

Governments and financial institutions don’t want to give away their power of control over the current financial system. 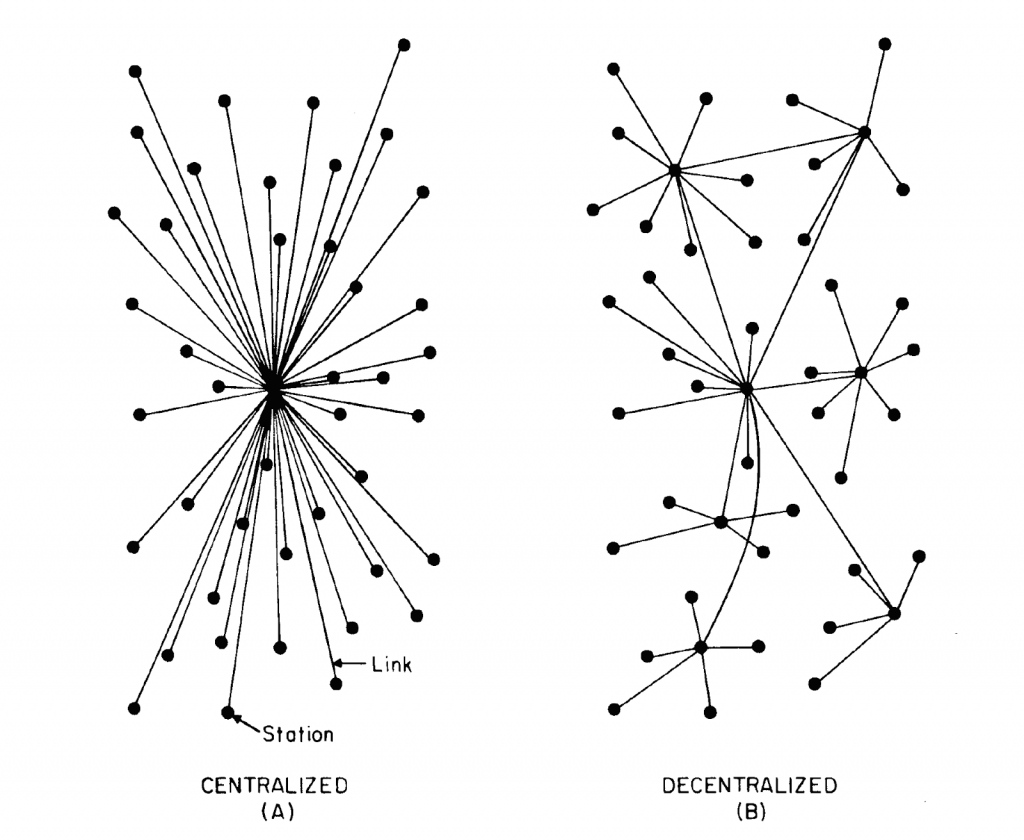 Blockchain Without Decentralization For Central Banks

Governments and banks don’t like the decentralized aspect of Bitcoin, but they like the technology empowering it, Blockchain. The central banks aim to use Blockchain technology to record transactions and trace funds more effectively.

Central banks see massive savings and greater efficiency with Blockchain technology. In fact, they are in the midst of applying the technology for worldwide transfer system at a fraction of current costs.

As anybody can use bitcoins for trading, law enforcement agencies have reported its use in illegal transactions. But the fact is the U.S. Dollar is also highly used in illicit activities. They constantly point a finger at the anonymity as a shield for the lawbreakers, but the fact is that it is not entirely untraceable.

With blockchain, financial institutions can now use it to facilitate their own customer banking transactions without the need for their own business intermediaries.

How a Decentralized Economy helps society

Decentralization of financial sector can create micro-markets and act as a disruptive force without control from banks and governments.

With decentralize systems, we can accelerate towards a fairer and more equitable society.

Although this is not a universally accepted point of view, it is crystal clear that a distributed infrastructure is far better than our current methods of organizing the world’s information.

Expensive and error prone intermediary parties are only an obstruction to the progress of society. There is no longer a need for middlemen.

We have gotten far too comfortable with the incumbent legacy infrastructures in our society today.

The only other obstacle lie in our societal need to fill the power vacuum left by an authoritative figure. One that can easily manipulate data and infringe on our privacy. Bitcoin offers us a secure environment in which our private data is automatically encrypted and protected from centralized styles of cyber-attacks.

Bitcoin is not as fragile as it is purported to be. Over time, it will only improve further and scale better than before, effectively becoming the backbone of our global financial reserve currency. Centralization only aims at using blockchain technology to strengthen their grip on the digital economy. While it is highly likely that governments and banks will coordinate to further regulate and restrict Bitcoin adoption, it is clear that Bitcoin is not just money for the internet, it is the internet of money. An expression of our freedom of speech.

Is bitcoin failing to scale at a global level?

How do I prevent getting scammed while buying Cryptocurrency?