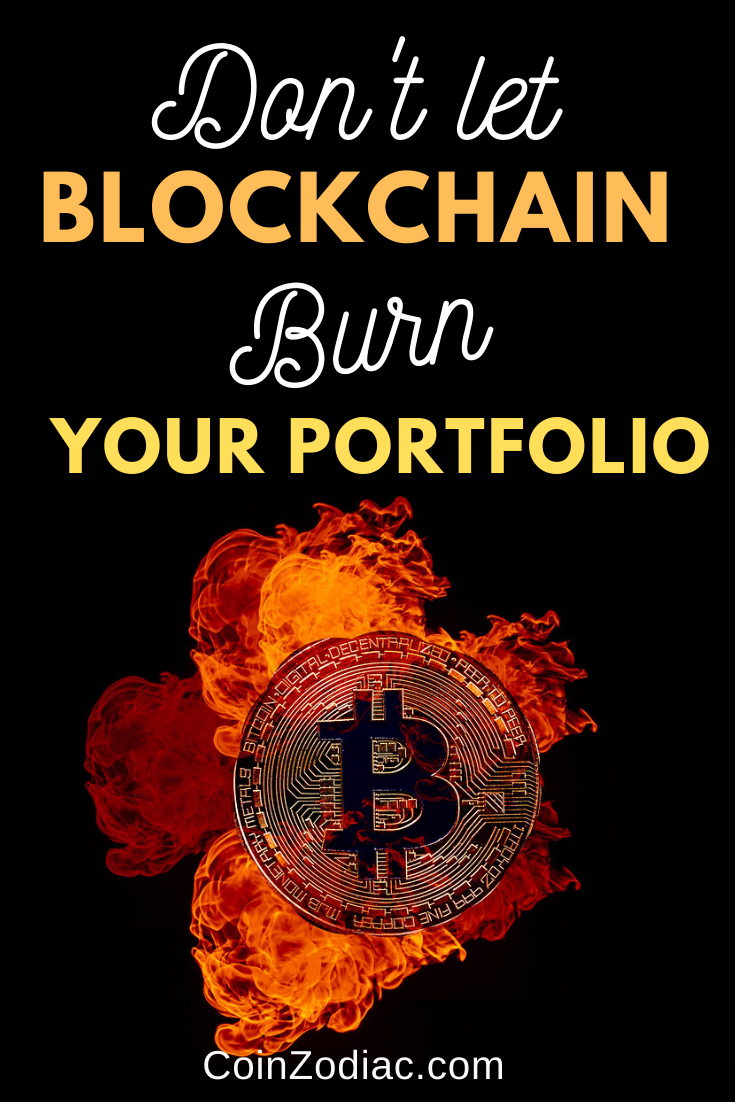 The concept created endless opportunities for Snake Oil Salesmen and Soulless Corporate Greed to milk everyday people off their money.

But is Blockchain really the future solution to our current problems? Or is it just a ponzi-scheme dressed in tech-jargons?

Recently over at Devcon 4, the annual developers conference for Ethereum. Vitalik Buterin told Quartz why he’s distressed about Corporations Patenting everything about Blockchain.

Behind the scenes, companies like IBM, Bank of America, Barclays, MasterCard and Alibaba are in a race with one another to file patents on blockchain-based systems. 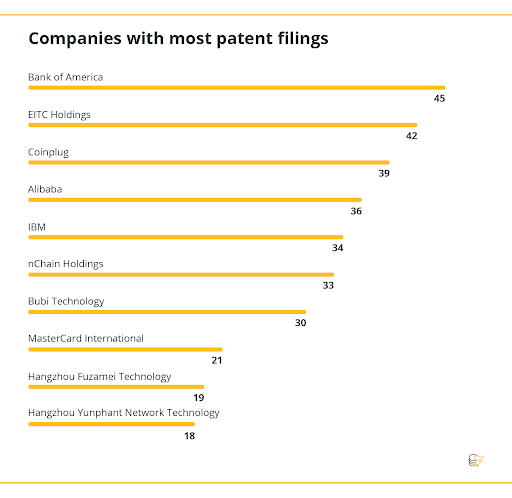 Even more surprising is the fact that China being so tough on Cryptocurrencies is leading the race in the number of blockchain related patent applications.

Citing FT.com, China has filed a total of 406 blockchain related patents, more than half of them made in 2017.

Buterin was cited mentioning the IBM blockchain on qz.com:

I read this CoinDesk article about some IBM blockchain thing. I don’t understand this deeply, but the detail that jumped out at me is they’re saying “Hey, we own all the IP and this is basically our platform and you’re getting on it.” And like, that’s… totally not the point….

Undeniably, blockchain has become a brand new space for patent trolls. And what do patent trolls normally do?

They upset everyone else. They make people emotional. And they’re certainly not helpful to society.

James Bessen, an economist at the Boston University School of Law told CNBC that blockchain is a field where the majority of its technology is “open source” and that is “where you want to go” if you’re a bottom feeder.

Anything that’s open source is like heat to a leech, they attract blood-sucking creatures lurking in the shadows.

Bessen added that patent trolls were also involved in the software industry during the boom.

The trolls were considered a serious threat to the nascent industry at that time because they were filing plenty of “crap patents”.

After filing them, the Trolls threatened smaller businesses with lawsuits and most often times, the court would favor what’s written in black and white.

Bessen claimed that these patent trolls could basically “send out tens of thousands of letters” and most often times, people would pay up rather than go to court.

What’s troubling is that these banking institutions and corporations have the power to move and influence mass public perception at will using their powerful media channels and even in some cases banning people from buying bitcoin.

The Chief Technology officer of Bank of America, told CNBC that having a blockchain patent is “very important … to reserve our spot even before we know what the commercial applications might be.” 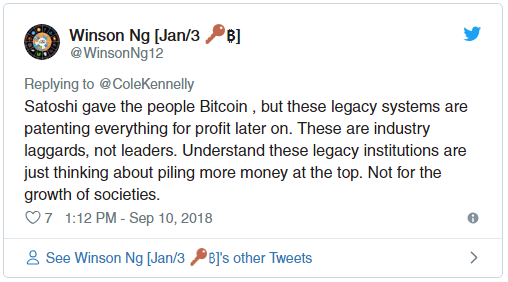 Blockchain is at the End of the Day, “Seductive Brand Marketing” for Giant Corporations.

These same corporations understand that they cannot profit from Bitcoin itself, an open source protocol that is decentralized by design and cannot be controlled any anyone, even Nakamoto himself.

Hence, by creating their very own “private blockchain”, they can still control and manipulate their own assets at will.

Where did “blockchain” come from, anyway?

If you mentioned Satoshi Nakamoto, you’d be dead wrong.

The term blockchain can be traced back to 1991 to Stuart Haber and W. Scott Stornetta.

While Nakamoto cited the two pioneers in Blockchain within the Bitcoin Whitepaper, he never once referred to Bitcoin as a Blockchain.

The closest he got to was a “chain of blocks” evident from the publicly available Bitcoin Whitepaper. 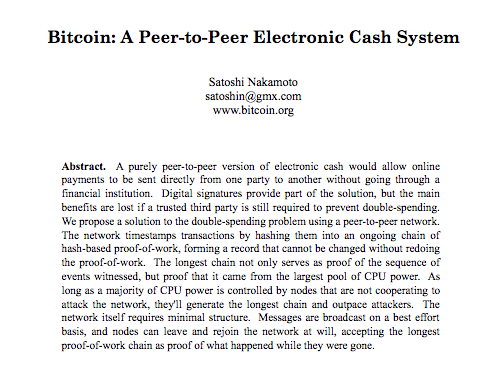 What blockchain is, is actually “a very slow database”. (if you require fast, and instantly scalable solutions for your network or system, chances are you do not need a blockchain~!)

What’s so intriguing about this chain of blocks is how data is recorded.

It is Proof-of-Work that gives Bitcoin immutability.

Immutability allows No One to tamper or change the rules of the network.

Proof-of-Work (PoW) is an essential aspect for Bitcoin in particular within the mining process.

The cryptocurrency within the blockchain, which is denominated in bitcoin (BTC); incentivizes miners to verify & maintain the integrity of the Bitcoin blockchain.

Without this reward or the extreme energy intensive process which PoW requires to record the transactions on the blockchain, anybody can just tamper and attack the network with very little resources.

When the power to inflate the monetary supply is in the hands of a few men, all their effort, time and energy will be spent thinking “how can I further increase my share of the pie.”

On the other hand, what we have with Bitcoin is a fixed monetary supply of 21 million BTC enforced in a decentralized fashion.

The very first of its kind. 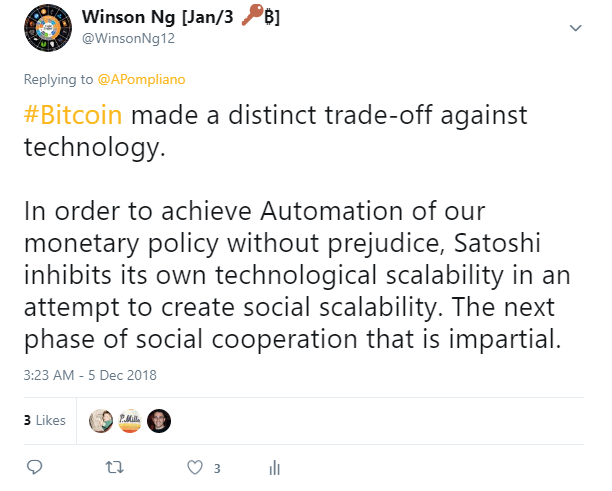 It is a way to apply this trusted information especially the ownership of money by scaling the social aspect of human governance of money.

Nick Szabo, a pioneering computer scientist who coined the term “smart contracts” explains that Bitcoin is “highly quixotic,” and “Offends the sensibilities of the resource-conscious and performance-measure-maximizing engineers and businessmen…”

The reason for this? Simple…

Each Bitcoin computer sprays the internet with large amounts of redundant information about Bitcoin transactions all across the globe to over ten thousand locations.

This ensures that the correct message is digitally and cryptographically engraved accurately.

As a result, Bitcoin cannot process as many transactions as a VISA or Mastercard.

But we must all remember this: Nakamoto introduced Bitcoin to the world right after the economic collapse of 2008 as a measure to stick it to the man.

Bitcoin is about outgrowing petty human limitations of power and greed that limits our human endeavor to grow as a species.

Fiat currencies and the thousands of other altcoins that are being created out of thin air today is a result of that same greed.

These figure-heads are people and people have agendas even if they all start out being noble.

And Agendas change over time.

They have varying degrees of centralization despite using the term “blockchain” in their project.

Bitcoin isn’t some fancy branded software powered by the blockchain.

It is an idea. And ideas like these never die.

Corporations steal and copy the open-source codes of Bitcoin and rebrand by imprinting their own face on a coin.

Bitcoin on the other hand is an Ironclad monetary policy of the people.

One unlike your government or my government using currency as a weapon. As a means of political control and oppression.

With Bitcoin, we are being reintroduced the concept of Hard Money.

This is as close as we can get back to the Gold Standard in the digital age.

It Pays to Wait

Saving Money, Literally, in the Age of The Internet (Why Bitcoin?)