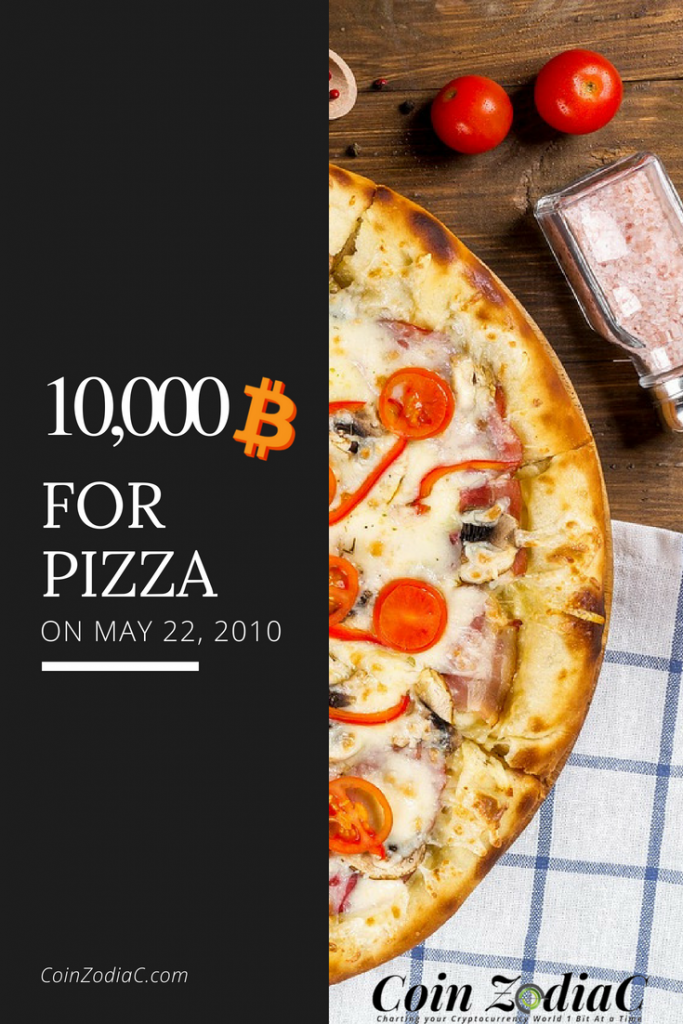 Let me take you eight years back to the 22nd May 2010 when the first bitcoin exchange for dinner took place. A programmer by the name of Laszlo Hanyecz traded 10,000 bitcoins for two Papa John’s Pizza in Jacksonville Florida. Since then this day is celebrated as Bitcoin Pizza Day.

Yes, you read correctly. Laszlo Hanyecz paid 10,000 bitcoin for just two pieces of pizza (equivalent to just $41 in 2010). But if you convert that into fiat currency today, it nearly equals to $80 million USD

Are you serious?? That much for money for two pieces of pizza. Well, you have to also consider the fact that Bitcoin was not as half popular as it is today.

This celebration also reminds everyone of the importance of Bitcoin and its deflationary properties. (21 million coins ever)

In an interview conducted by New York Times (in 2013), Laszlo Hanyecz mentioned that he did not regret making that exchange as Bitcoin held less value back then. He also considered that as a fair deal! ( we might argue on that). He recalled the exact incident on how that deal happened. 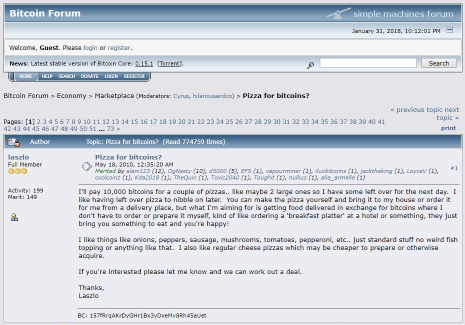 It was mid-May of 2010 when Laszlo Hanyecz sought to exchange his Bitcoins for some delicious Pizza. After struggling to find any takers for a few days, eventually he was able to do so with the help of Jercos (a Bitcoin Talk forum member who was responsible for organizing discussions around cryptocurrency). He managed to strike out a deal with him.

10,000 bitcoin at that time is only worth for about $41 USD. Today it will only take about 0.005 BTC to purchase those pizzas'.Click To Tweet

Where Can I Buy Pizza with Bitcoin today?

PizzaForCoins established in 2013 accepts Bitcoin and 50 other Cryptos and then place orders on your behalf and ensures that you get your pizzas delivered to your doorstep.

Bitcoinrestaurants maps out all the restaurants that accepts Bitcoin in the United States of America.

Why Even Celebrate Such A Day?

While it may seem like a fun gimmick to get some attention, It isn’t really about that; rather the event marks a major milestone for real world transactions to continue to take place.

“Bitcoin was just a fun hobby project for me 8 years ago. When I paid 10,000 BTC for two pizzas I had no idea that Bitcoin would eventually become as popular as it is today, with people using it for real world transactions every day.” ~Hanyecz

This paved the way for the use of Bitcoin in real world everyday transactions. An average of 208,512 transactions are recorded daily. At its height in December 2017, there were almost half a million transactions within 24 hours.

Who would have thought at the time that Bitcoin today would also evolve into such a valuable commodity in the market? Acting as a store of value many more times valuable than gold.

The success of Bitcoin also paved the way for other cryptocurrencies to evolve and flourish. It piqued the curiosity of engineers, developers and entrepreneurs all over the world.

Bitcoin Pizza Day isn’t some marketing stint employed by some giant centralized conglomerate aiming to increase sales like diamonds or chocolate boxes for Valentines day, it is just two parties who don’t know each other but choosing to trust the Bitcoin network.

You might consider Laszlo Hanyecz to be crazy but he got to enjoy his pizza for bitcoins he owned that were not valued as much as today. As a matter of fact, he enjoyed that so much that he bought pizzas’ again with his bitcoins in February 2018, this time with the Lightning network.

He believes that Bitcoin network needs a software upgrade and Lightning network might be just a perfect solution to it.

Will the lightning network be used to purchase pizzas’ be the next watershed moment for Bitcoin?

Bitcoin software is complicated, and any attempt to explain it in so short a space oversimplifies the technology. I encourage you to delve deeper into existing research to fully understand just how revolutionary Nakamoto’s White Paper was by checking out One of – if not the most – comprehensive resources for learning about Bitcoin with over 20 categories ranging from history, to buying BTC, setting up a wallet, technical information, mining, security, and trading: CoinZodiaC.com/bitcoin

How to Profit from Mining Cryptocurrencies

Alibaba's Jack Ma is now on the Block-Train