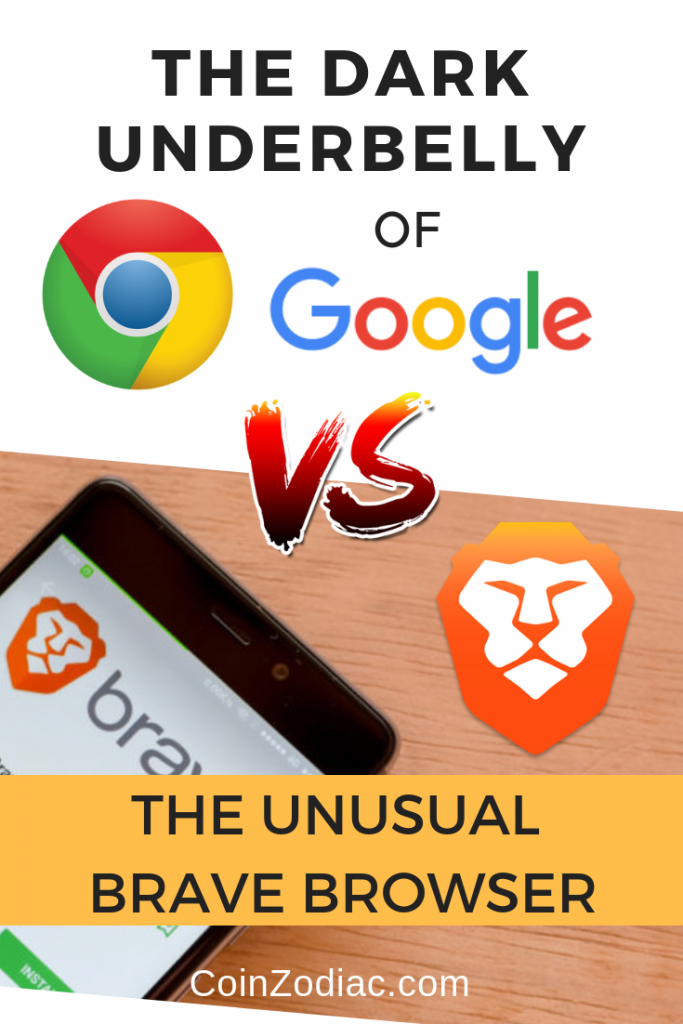 Search Engines are not something new. There are tons of it out there in the market, all trying to out-innovate Google. But so far, they have all come out short.

In recent months though, Google is dealing with a huge PR nightmare…

First, their new Google Chrome update began automatically logging their users browsing history in perpetuity if they are logged into any Google-owned service, like Gmail or YouTube. They are currently also secretly tracking your location data… even if you’ve opted out.

Google is also involved in developing a search engine with added filters and censorship in China. They are also taking part in a Pentagon-funded project to improve targeting of unmanned drones. Over 3,100 employees signed a petition to dissuade Google from taking up on the contract.

Talk about a noble cause by two computer scientist to organize the world’s information ending up becoming an evil corporation. One that they started out despising.

To top it all off: Google is fined $5 billion dollars by the EU for abusing its dominance of the Android operating system. That’s a hell-lot of Google Home Minis. 😮

Centralization of Tech companies is a huge problem isn’t it? Can we do anything about it?

Right now developers, engineers, programmers, entrepreneurs and everyday people like you are starting to fight back. You hold the power to switch at any time. Don’t let these huge tech companies use your own personal data as ransom.

See, there’s all these new projects that can substitute Google and it’s obviously important NOT to allow all your personal details stored in one central supercomputer. This way you can protect your own privacy. 🔒

Let me show you just how much of your personal information is on Google’s server.

I bet you don’t realize or even remember what information they store about you. Thank you @iamdylancurran for this expose.

Google Timeline for example stores all the places you’ve ever been, if you’re unaware that you’ve turned it on. Each time your phone is on, Google secretly records your location.

They’re able to tell which cities you’ve visited in the past. Every single diner, toilet, park, hotel, cinema, restaurant you’ve visited. Above all, they can even tell how many miles you’ve walked this month, and how many hours you’ve spent in your car.

That’s not creepy? They have all these stats from the first day you own a phone that logs you into your Google account.

B) My Google Activity

C) Google Ads – Think Google is Free to use?

This is how Google makes money out of you. It turns out that even if you don’t run a business on the internet, Google stores all your personal preferences and details about your habits, personality, and liking right here.

They know your age, gender, favorite movies, apparel, sports, favorite vacation spots, interests, career, hobbies, relationship status, weight, income and 50 other categories about you. Is this the Truman show? 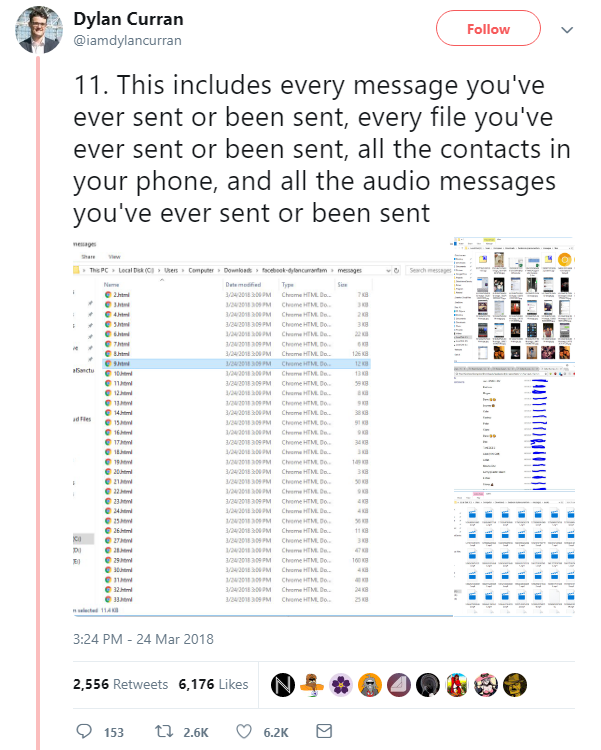 Meanwhile, every information on the apps or extensions you use, how often you use them as well as who you interact with is also stored right here.

D) Google Takeout – All about You in one Downloadable File

This is downright shocking. I didn’t know that this even existed. If you use everything that Google owns and use it to free your time or organize your day. You can find and download all your bookmarks, emails, contacts, Google Drive files, YouTube videos, photos, products you’ve bought with Google, calendar, Hangout sessions, books, websites you’ve created, pages you’ve shared right here, right now. My life is sum up in 6GB worth of data with Google, that’s approx. 3 Million word documents.

According to Dylan Curran, a privacy consultant, if a hacker or a nefarious actor manages to gain access to your Google account, they’d have a chronological diary of everything you’ve done for at least 10 years of your life. But I can’t imagine how much money my personal details would be worth to an enemy I’ve made. To the right person, this information is worth paying for something. And as I’ve wrote in the article titled, “How Tech Companies Got Under Our Skin“, this is one of the silliest things about people in the digital age, we would never allow anyone, let alone our government to install trackers, cameras, microphones in our homes and on us at all times, and yet we willingly surrender all of our basic privacy needs just because we want easy access to our cat videos.

Whatever the original intention, Google has morphed into a giant global corporation like the ‘Umbrella company’ whose sole purpose is world-monopoly of our private data. “There is simply no way to predict what benevolent corporations would do with so much power and control.”

Even to you or me, it is way too tempting to not scratch that itch to exert our power or influence over the masses in that position. You may think that some people have all the answers, but they’re just another human being with an agenda. And agendas change over time. This isn’t the World Health Organization or the United Nations, this is a company that answers to their shareholders. And the shareholders Worship Profit.

Power is enticing. It can mean money, influence, education, some measure of control. If you don’t already have it, you’re probably living under someone (or some system) that does.

How Blockchain Can Change this

Blockchains are Open Permission-less technologies that allow person A to connect or transact with person B without needing a third party platform like Google, Facebook or even Amazon (even Banks).

Whats more, the blockchain works in a decentralized fashion that uses tokens to maintain the security and integrity of the network. Miners get rewarded with tokens for keeping the network secure. It’s a win-win-win situation for all parties. If the network grows, so does the token you hold.

Right now, the technology is still in its infancy. There are still some kinks to work out. Apparently scaling is pretty hard with decentralized networks. It’s quite a trade-off when it comes to this. Read more.

The secret to Bitcoin’s success is certainly not its computational efficiency or its scalability in the consumption of resources. Specialized Bitcoin hardware is designed by highly paid experts to perform only one particular function – to repetitively solve a very specific and intentionally very expensive kind of computational puzzle. That puzzle is called a proof-of-work, because the sole output of the computation is just a proof that the computer did a costly computation. Bitcoin’s puzzle-solving hardware probably consumes in total over 500 megawatts of electricity. And that is not the only feature of Bitcoin that strikes an engineer or businessman who is focused on minimizing resource costs as highly quixotic. Rather than reduce its protocol messages to be as few as possible, each Bitcoin-running computer sprays the Internet with a redundantly large number of “inventory vector” packets to make very sure that all messages get accurately through to as many other Bitcoin computers as possible. As a result, the Bitcoin blockchain cannot process as many transactions per second as a traditional payment network such as PayPal or Visa. Bitcoin offends the sensibilities of resource-conscious and performance-measure-maximizing engineers and businessmen alike.

Instead, the secret to Bitcoin’s success is that its prolific resource consumption and poor computational scalability is buying something even more valuable: social scalability. Social scalability is the ability of an institution –- a relationship or shared endeavor, in which multiple people repeatedly participate, and featuring customs, rules, or other features which constrain or motivate participants’ behaviors — to overcome shortcomings in human minds and in the motivating or constraining aspects of said institution that limit who or how many can successfully participate. Social scalability is about the ways and extents to which participants can think about and respond to institutions and fellow participants as the variety and numbers of participants in those institutions or relationships grow. It’s about human limitations, not about technological limitations or physical resource constraints. ~ Nick Szabo, Computer Scientist; coined the term Bit-gold and Smart contracts

Cryptocurrencies like Bitcoin is helping shape the digital economy we live in.

There is an inherent limitation in all central organizations and systems. They break down over time and get ridden with all kinds of problems, from bad actors, to misuse of trust to hacking and illicit selling of personal data without consent.

Decentralized systems like Bitcoin can deter all these problems from happening ever again.

It is paramount that we repeatedly dissolve legacy systems and start anew. We must learn to embrace ecdysis.

Projects such as Brave browser is taking a step in the right direction by focusing on privacy and rewarding its users and publishers for using its platform with their own cryptocurrency.

Brave is a blockchain reward search engine that raised over $35 million in an ICO as well as an additional $6 million via venture capital funding.

Brave disrupts the current search engine space by introducing a cryptocurrency to reward its users for surfing the web as well as make advertising less intrusive and more relevant.

Google for example, uses the amount of data you willingly enter into its platforms and then later uses all your personal information to show you ads. They gain profit by selling your personal data. That’s how the freemium platform works.

You don’t get paid for putting your data in. It’s the Law of Diminishing returns.

With Brave, readers can reward their favorite website or YouTube video with the token. So if you’re a creator, writer or video producer, grab this opportunity by being one of the first movers’ to take advantage of Brave.

Get paid for writing an article or record and publish a video.

We’re operating within the legacy frameworks of web 2.0, let’s rewrite the old rules for a new age of web 3.0. Ultimately, if a 20th-century system no longer works for the 21st century, we must push to overhaul it.

Brave Browser: A Scam Or A Blockchain Search Engine that Really Pays You?