The uprising of crypto markets has drawn interest in the purchase of these digital coins, and the significant increase of Bitcoins purchases over the last year has led to the increase of his price as well. The old tale of supply and demand.

Investors all over the world are looking to invest in Bitcoin in hopes that the cryptocurrency would appreciate in the future. But Bitcoin is unlike any other asset class that ever existed before, so investing in it involves using the methods and avenues listed below.

Here we will share comprehensive details on where you can buy Bitcoins anywhere in the world.

Kraken, Poloniex, Bitfinex, Coinbase, Gemini, Binance and many other major sites are custodial exchanges whereby they store and hold your bitcoins for you. (Something like banks)

To buy Bitcoins from these custodial exchanges, first you have to sign up and go through the Know-Your-Customer (KYC) verification. After a basic background check, only then you will be able to convert your fiat currency into Bitcoins.

Instant Exchanges on the other hand is like your local foreign currency exchange. You need to own a wallet in order to store your Bitcoins. Changelly and Shapeshift are two of the most trusted instant exchange sites.

At CoinZodiaC we recommend buying the Ledger Nano S to store your Bitcoins.

It is always vital for you to transfer the coins you purchased on a Custodial Exchange to your Ledger Nano S wallet for safekeeping or HODLing.

Buying Bitcoins is similar to a bank transaction, you just have to initiate or place the order. When the coins are officially yours, you can choose if you want to keep the Bitcoins, exchange them, or use a wallet or software to store them.

The whole purpose of Bitcoin is to be able to retain full control of your money and not be codependent on third party intermediaries.

Instant exchanges are a no-brainer if you ask me.

The 10 Commandments of choosing a Bitcoin exchange

– Mining: this is the process where mathematical calculations are solved to mine Bitcoins from the block, and is performed only by high-end computers.

– Working for them: there are some websites which are dedicated to the digital currency, with paying jobs. Some of them are: WorkForBitcoin, Coinality, Dogecoin, Litecoin and others.

– Gambling: there are many casinos that offer to pay players in Bitcoin but this is not an advisable way (for obvious reasons)

– Others: there are other ways to earn Bitcoins through faucets, trading, playing online games, paid to click, get paid for completing tasks and offers, lending bitcoins and earning interest, writing about Bitcoins, etcetera.

– P2P Exchange: short for “peer to peer” or “person to person”. This is the type of exchange that allows two people to make the trade of coins directly with each other. The result is an anonymous and fast transaction that allows you to purchase Bitcoins; with fiat currencies like US dollars, Canadian dollars, Australian dollars, British pound, Euros, New Zealand dollar, Chinese yuan, Brazilian real, Japanese yen, Swiss franc, among many others.

There are currently 2 major platforms for this; LocalBitcoins and Paxful.

For convenience, making it easier for you to buy Bitcoin anywhere you are in the World use LocalBitcoins. It is available in 248 countries and 16087 cities. You can find your city here.

P2P exchanges have high liquidity, and easy communication because of local buyers and sellers and payment methods. While it doesn’t require any identification, you could be scammed and not receive any compensation. So some may require your ID before they’re willing to transact with you, this could be considered a deciding factor for many.

– Private/Complete Anonymity Exchanges: there are a wide variety of Bitcoin exchanges which provide buy-and-sell services catering to specific countries that do not require you to provide any personal details while trading. This however imposes a limit on your transactions for unverified users.

– Bitcoin ATM’s: you can easily find the nearest Bitcoin ATM through Coin Atm Radar, and it’s as easy as a regular ATM but you have to pay the premium

The purchase of Bitcoin in different countries

This uprising market of digital cryptocurrency brings with it different platforms that can be used to acquire the Bitcoin, like Coinbase, Gemini, Kraken and Binance . Coinbase is one the largest Bitcoin exchange in the world and the number of countries which it serves is actually much larger as compared to some of the other platforms.

There are multiple platforms to buy Bitcoins in any country in the world. We have managed to make things easier for you by compiling all the possible ways you can buy Bitcoin by country in the image below. Just look for your country and choose your preferred method.

These are some methods you can use and some platforms that allow you to purchase Bitcoins around the world. These methods provide you with the option in some countries to buy Bitcoins with local currency. You can check it out in the following images divided by continent which shows the country and recommended options to purchase Bitcoins:

It’s important to know that Central and South America are covered by many different exchanges which can be used in order to buy Bitcoins. One such popular exchange, which covers multiple countries in Central and South America, is SatoshiTango. Some of the countries which are covered by this exchange include Brazil, Costa Rica, Chile, El Salvador, Mexico, Nicaragua, Panama, and Peru. On the other hand, Bitex offers services in countries like Chile, Uruguay, Argentina. Most of the Latin American countries also have a local P2P Bitcoin exchange.

In North America we have:

In Europe, there’s Coin ATM Radar which provides you with hundreds of different locations of Bitcoin ATMs all over Europe. The direct method is large in Europe; there are plenty due to the different rules and regulations, a single exchange does not often serve the entire region.

The exchanges in the European region to buy Bitcoins are:

Most of these exchanges allow you to buy Bitcoin through credit card payments.

Also, many exchanges in various countries in Europe like Kraken, Bitstamp, require you to complete the KYC form in order for you to be able to buy Bitcoin. These exchanges only allow you to buy Bitcoin. If you want to store them, you have to opt for a separate wallet. And if you’re looking for a full-fledged exchange, you can use Coinbase which allows you to buy and store Bitcoin. For P2P, Local Bitcoins allows most of the countries in Europe except Germany, where you can use Bitcoin.de; but in both of these exchanges, the fees are as low as 0.5% which ensures that you are able to easily buy and sell Bitcoin. 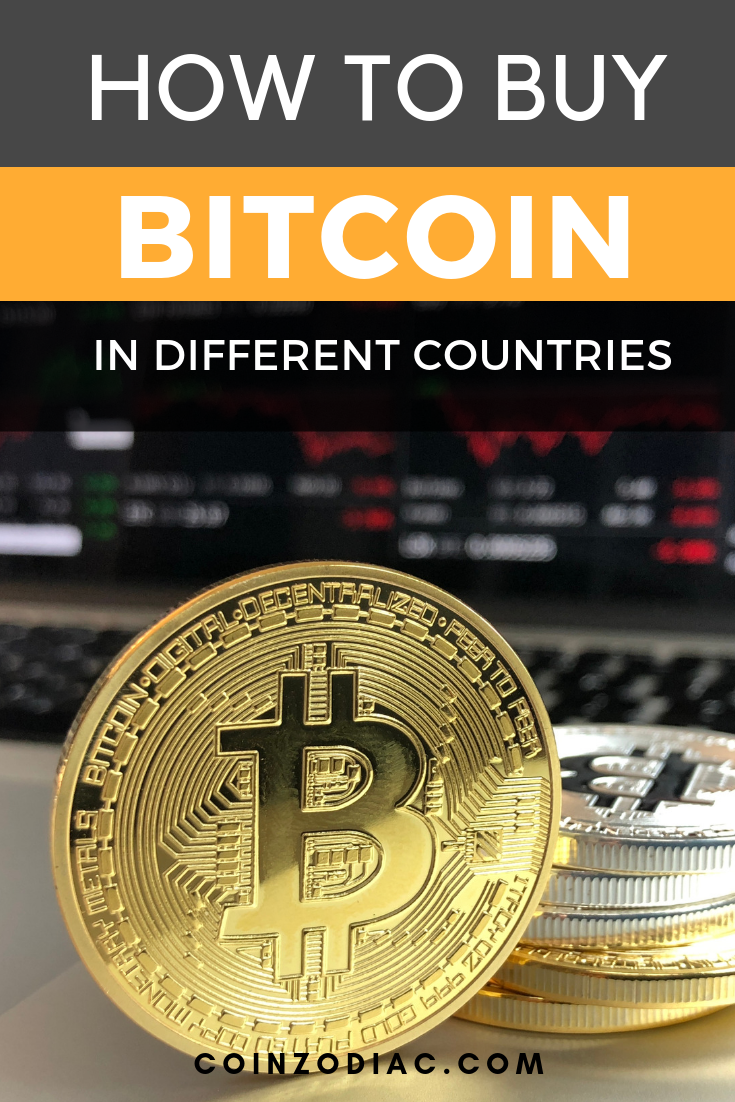 Which Cryptocurrency Should I Buy?