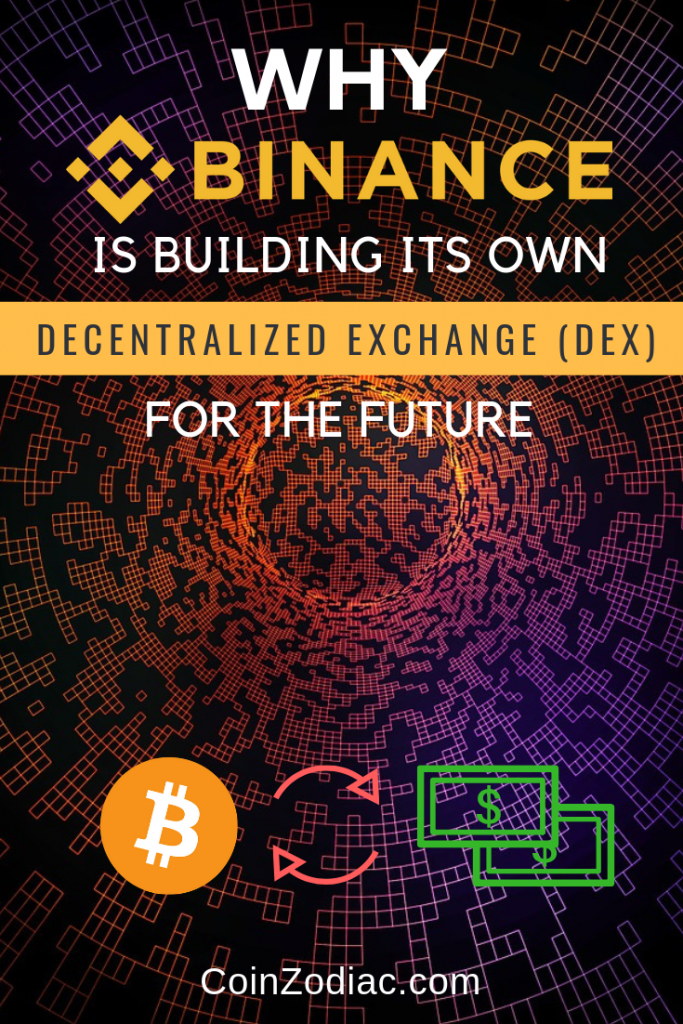 What is the single most important word in Bitcoin’s vocabulary?

It is “Decentralization” not blockchain.

Decentralized institutions like markets and languages are close to impossible to design artificially and only arose through evolutionary forces.

Only in recent years have economists and computer scientists developed an understanding with the tools necessary to design decentralized orders like Bitcoin – orders that are planned but not controlled by anyone.

Decentralization gives power back to the people. It reduces the control of governments & minimizes the influence of tech companies, banks and billion dollar corporations.

So if you ask me to predict what the future may hold for cryptocurrency exchanges, I would say that:

To understand the problems and innovations happening in this space before everyone else does, you must look back into the past.

But predicting the future is risky business.

So how can you make accurate predictions? Look at what’s happened beforehand.

Cryptocurrency Exchanges Get Hacked All the Time…

An exchange which calls itself decentralized may not necessarily mean it’s 100% secure.

Is WavesDEX a good example of a Decentralized Exchange? We’ll find out soon enough…

As of now, most of the top exchanges in the world are fully centralized.

A study by Mistertango suggests that 88% of cryptocurrency exchanges are in favor of regulation for operational certainty and price stability.

When I say most well-known Cryptocurrency exchanges worldwide are centralized, I mean they are run by a central authority which complies with stringent regulatory guidelines.

How do centralized exchanges work?

Let’s say Adam deposits his U.S Dollar or Bitcoin into his Binance account.

His balance is then credited into the accounts of the Binance company and their wallet addresses.

What he owns is just an ID that ties his name to the related account. Adam does not own his private keys.

As the saying goes, “Not your keys, not your crypto.”

But why is this so important? Can’t we trust a Billion dollar corporation? No.

The bear market of 2013–2015 saw the price of Bitcoin crashing from its all-time-high of $1300 to just $200 and it was triggered by the breach of Mt. Gox, the Japanese cryptocurrency exchange that constitute more than half of the world’s trade.

Hackers made off with approximately 750,000–850,000 bitcoin, worth around $450 million at the time. While investigators managed to recover some of the funds many years later, the breach ultimately became the benchmark of security vulnerabilities in centralized systems.

Do not trust the marketing polish and brand of corporations with millions of dollars at their disposal.

Bitcoin was and still is the Ultimate Game-changer for Decentralization

The whole inception of the idea of decentralization started with the introduction of Bitcoin.

For Bitcoin is meant to be used between two parties on the internet while sidestepping the banks and intermediaries.

Centralized exchanges (CEX) on the other hand are the new banks of cryptocurrencies.

They function as custodians of your crypto and your funds.

Hence, they will become the focal point of attack in any scenario by both the government or bad actors.

CEXs are Not 100% safe. Don’t trust them with your life investments.

The CEO of Binance, CZ understands this pretty well. And that is why he is building the Binance DEX for the future of his business.

Using cryptocurrencies IS analogous to being your own bank. And that means personal & financial responsibility. Popular centralized exchanges such as Bittrex or Coinbase, are actually a liability to our decentralized future.

While a centralized cryptocurrency exchange server enhances your trading experience, it is actually detrimental to the security of your funds.

So what exactly is the solution?

The solution is turning all the centralized servers into a distributed ledger-based trading system.

What Is A Decentralized Cryptocurrency Exchange (DEX)?

A Decentralized Exchange is an open source exchange market which is an automated digital asset trading platform. It does not rely on a third party to hold the consumer’s funds. In a DEX trades are executed in a peer-to-peer manner.

Binance To Launch Its Decentralized Crypto Exchange on 2019

Binance, the world’s largest cryptocurrency exchange by trading volume is launching its own blockchain which will support the anticipated decentralized exchange Binance DEX and host its native Binance Coin as announced by the company in a Medium post.

Changpeng Zhao, the CEO of Binance, in a July interview to CNBC Crypto Trader, had stated that he personally believes decentralized exchange is the future of crypto.

“I believe that decentralized exchange is the future. I don’t know when that future will come yet. I think we’re at an early stage for that so I don’t know if it’s a year, two years, three years, or five years. I don’t know but we got to be ready for it,” he said.

According to the company’s Medium post from December 5, 2018, Binance plans to launch their own blockchain network. While there is no confirmation about the launch date, the company said that the network is expected to kick off around the first few months of 2019.

As stated in the press release:

As reported by Binance, the community-driven decentralized exchange, which will allow traders to issue and exchange digital assets without having to deposit onto a central exchange, went from concept to coding to interface.

Binance DEX is built on top of Binance Chain, using the Binance Coin (BNB) as a native asset.

What can you do on Binance DEX?

Your DEX funds is secured via the Trust Wallet, which will store your private keys only on your device.

Details on when Binance Coin will transition from ERC20 token to native Binance Chain asset will also be revealed soon.

The Road Ahead – Future for DEXs

With the drawbacks of DEXs, it’s no surprise if you are skeptical about its future. However, its benefits will triumph over its shortcomings as more progress is made in this space. Thus, beyond doubt, the future of DEXs is bright.

Here’s a list of some significant projects we have covered which are already contributing their share of improvement to the decentralized exchanges.

According to Jesse Power, CEO of Kraken:

While the first generation of DEXs still cannot compete with their centralized counterparts in terms of speed and ease-of-use, our Top 20 DEXs here seem to have carved out their own niches; exploring the use of off-chain order books and smart contract-managed reserves as potential solutions to the exchange problem.

For many, the proliferation of Decentralized exchanges is an essential ingredient that will provide resiliency to the cryptocurrency space.

Ready to decentralize? Here are the Top 20 Decentralized Exchanges on the Planet (Latest DEXs in 2019)

You can also keep updated on my research here:

How to Buy, Unstake and Transfer Out EOS