Ok, so what does CRISPR, AI and blockchain technology have in common?

If you answered that that they are all at the forefront of their independent fields bordering on the verge of fringe science then my response to you would be ‘congratulations you are a nerd‘.

But if instead you answered that they have all been the subject of Naval Ravikant’s tweets at one point or the other then ‘congratulations you read the title of this article, or an oracle, better still take me to your telephone booth (that doubles as a time shuttle) let us explore that old world where dinosaurs still reign majestic.‘

So for the uninitiated who is this Naval Ravikant and why should you be interested in anything that he has to tweet about?

In this day and age whereby everyone seems to have an opinion on one thing or the other (see, your cousin’s tweet last Christmas that his pug finally burped out that toy he thought had been lost since thanksgiving, and proceeded to post detailed pics of the aforementioned semi-digested toy) it is easy to get lost in it all.

1/ Blockchains will replace networks with markets.

So what differentiates him from your pug loving cousin, well, not only has Ravikant backed over a 150 companies including Uber and twitter (and if you are a meme lover like me, I will go ahead and assume everyone reading this article is, also 9gag), but he is also the founder of AngelList.

AngelList is a platform that links up startups, budding companies and even job-seekers to angel investors.

Basically it’s a tinder for tech companies (don’t quote me on that).

So, yes, he is a successful entrepreneur, but that wouldn’t really warrant me to take time off this hot afternoon and write about him. Come to think about it, if Elon’s publisher approached me to write his biography I would take more than the expected couple of seconds (maybe even a minute) before I jumped onto that cash wagon. So why Naval? 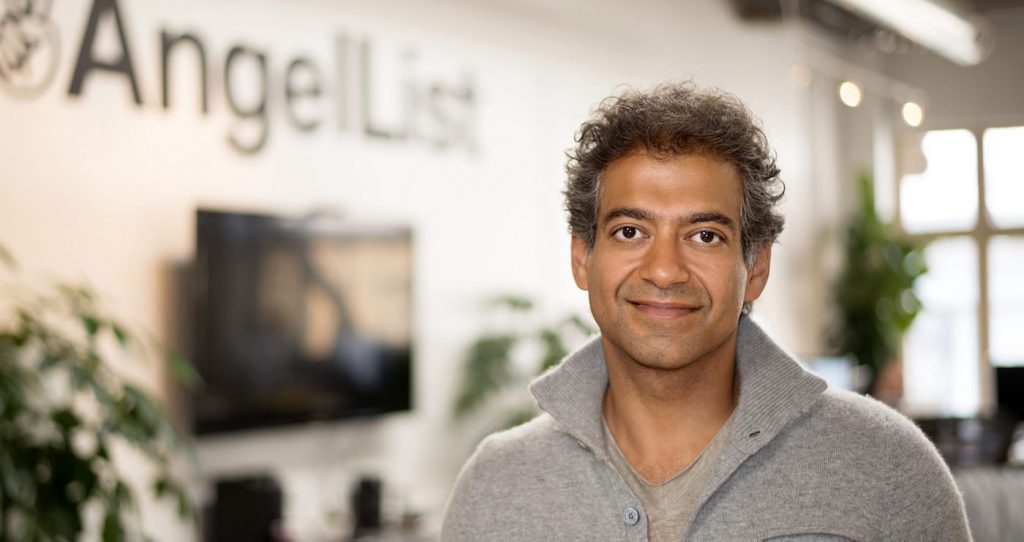 First off, I am a bit of a fanboy to be honest, so this is potentially already biased. However, even if you have not heard of the man prior to today then it doesn’t take more than a trip down his twitter page to understand why anyone would be intrigued by him.

Blockchains will replace networks with markets.

From his list of favorite books (that include Sapiens; A brief history of Human kind and Siddharta, some of my personal favorites) to his interpretations and understanding of emerging technologies, it is apparent that he is an intellectual on levels that very few of us ever manage to attain.

In short, when he speaks, it is worth giving him a listen.

Today, I would primarily like to focus on that latter fact about him ‘his interpretations of emerging technologies’ and more specifically blockchain technology and how he understands it.

Maybe in that way we can get a glimpse into one of the greater technologies of our time through the mind of someone who not only understands its inner workings but also its potential and why you should start paying a great deal of attention.

Ravikant managed to sum up blockchain technology in 37 tweets.

To be honest, I don’t think anyone could have come up with a better introduction.

He is brilliant at articulating ideas in simple but short tweets allowing the most of us laypeople to understand highly complicated and deep socio-economic transformations.

Indeed, what other larger player exists than the open market? He ascertains that what was once viewed rather simplistically as networks, will inevitably be replaced by blockchains.

His realization or in this case, prediction is that instead of viewing networks as simply interconnected nodes, or systems, evolution ascertains that they will eventually mature into something akin to networks. The means by which this happens is by integrating blockchain technologies.

Blockchain serves to add a further dimension of what can be colloquially called democracy into any network system. By integrating blockchain technology, we eliminate the need of a single autocratic leader and instead spread that power to each node within a system.

In that way, we eliminate the problem whereby a single weakness point could cripple an entire network.

In this way we come up with a self governing network that would either thrive as a whole or fail similarly while also ensuring independence and interpersonal checks since such a system would be self sustaining and evolving.

Granted, this might sound a bit far-fetched but the concept has already started to catch up in various industry leaders as shown in these articles.

“Networks allow us to cooperate when we would otherwise go it alone. And networks allocate the fruits of our cooperation.”

Stressing on what I had mentioned before, by the very nature of how blockchain technology works, it would ensure that no single node on the network would be superior to another and therefore every input into the system is equally valued and allocated.

This decentralized system would dismiss the fears of working in a group.

Instead of working alone, it would encourage and even reward us for working within the blockchain network.

Think of miners who support cryptocurrency and how they are rewarded by working in pools that include other miners.

In case you were scratching your head and wondering what I was rambling about in the previous segments, he lays it down here beautifully.

Imagine blockchain technologies integrated into all these sectors? Wouldn’t it be a world to live in? Well as I pointed out, the future is now, old man.

Blockchain technology give us new ways to govern networks, whether it’s money, corporations, social media and even religion too.

“Networks have “network effects.” Adding a new participant increases the value of the network for all existing participants.”

I would add, that the sum value of a network is not equal to the sub-total of the individual values of each component in the network.

In essence either way you look at it, joining a blockchain network has even more of an advantage than the normal network in that each member joining the system would add an exponential value to the system as a whole.

“Blockchains are a new invention that allows meritorious participants in an open network to govern without a ruler and without money.”

Naval then goes on to explain that by the very nature of how old networks operate, they can never be fully autonomous. This means that most if not every network that has been formed prior to the integration of any form of blockchain has an underlying authority or is controlled by certain parties.

He gives examples of social networks, search networks, cable and telephone networks that are ruled by corporations, university, medical and banking networks ruled by elites.

Initially they might have started as meritorious somewhat autonomous systems but as time passed and interests changed towards more profit oriented goals most networks have fallen under an autocratic sort of leadership style, where the few control the cashflows of the world.

And that is the key word, cashflows.

The movement of money is what controls the network or in this case, the market.

By introducing a blockchain system, we remove that reliance on money and hence the elite that control it by introducing a system that is completely decentralized and democratic.

Ideally this system depends on itself and its various members for self-governance and sustainability.

This summarizes the previous segment and also clarifies what he means when he talks about “meritorious participants.”

“Blockchain-based market networks will replace existing networks. Slowly, then suddenly. In one thing, then in many things.”

In summary this is the inevitability of blockchain technology. Considering that he tweeted this slightly over an year ago, it is eerily accurate presently.

Blockchain is the very definition of what disruptive technology can be and if there is one thing that I suggest you keep an eye out for is this and how it is slowly but surely creeping into our every day lives.

This Book Predicted Bitcoin 21 Years Ago...