If you’re intrigued about the latest surge in BCH prices, well look no further. Antpool, a Bitmain subsidiary known as one of the largest Bitcoin mining pools in the world is “burning” a chunk of its BCH in order to artificially inflate its value. By reducing supply, they could ultimately drive up the value of Bitcoin Cash short term. 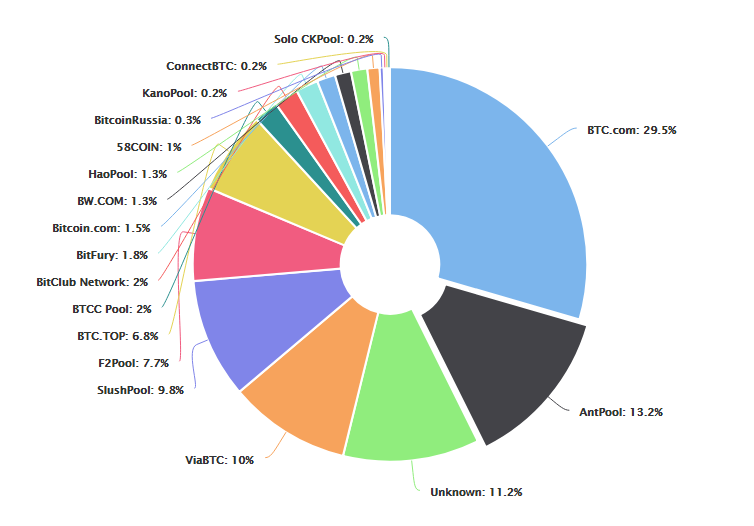 Kyle Samani, a Texas-based Multicoin Capital Crypto Hedge fund Managing Partner told Bloomberg that this was purely a PR stunt in a war with Bitcoin.

Why is Antpool really burning BCH?

They publicly announced their intentions as re-distributing value of the burned Bitcoin Cash to all their current BCH holders as a sign of generosity and gratitude, while appealing to many newcomers to the cryptocurrency market. Or are they?

As Antpool claims to have started burning 12% of fees

Nuzzi said, “Miners have to liquidate their holdings regularly in order to pay for their operating costs.”

Perhaps by burning, it creates a series of workarounds by delaying the inevitable loss of money holding onto truckloads of BCH and selling it at a higher price point to pay for their expenses. While it may seem that BCH has been gaining double figure percentages over the last couple of days compared to BTC; when compared to percentages down from the all-time high (ATH), BCH is actually down 61% and BTC is down 52%.

In other words, Antpool is ultimately attempting to create a fake perception of scarcity by manipulating their circulating supply. Generosity as wolf in sheep’s clothing.

Meanwhile, bitcoin cash transactions per day are just a tenth of Bitcoin at the moment and they are struggling to push the narrative that “usage gives BCH value.”

Learn how to buy Bitcoin with PayPal safely with our simple guide!

According to Fundstrat Global Advisor’s Tom Lee, he’d rather put money into Bitcoin and not Bitcoin Cash.

Tom Lee also pointed out that BCH has been gaining considerable ground over the last couple of days due to the upcoming network hard fork. This has been part of cryptocurrencies major motivator for new money flowing in, in hopes of getting additional coins on buying before the split (known as airdrops). A way of receiving a bonus amount of proportional coins to the amount they’re currently holding. (a.k.a. free money)

However, as indicated in the past, most hard forks result in a dump later on. In which case, the coins you’re holding onto may just as well be reduced to dust.

Whatever the original intention is, Antpool is deliberately burning BCH coins by sending them to “black hole addresses“. Whether for the sake of greed or generosity, making a capped supply of ~21 million coins even more scarce seem like a display of domination by large industry leaders that control a majority of the hashing power.

Or, rather, that is just one of them. The other toxicity within the Bitcoin cash community is that the bitcoin.com website owned by Roger Ver, has persistently confused visitors by attempting to disguise BCH as bitcoin itself:

Imagine some really rich person buys “Bitcoin” from this website, then later on finds out they were actually sold rat poison. 🐀☣🤔 #bitcoin pic.twitter.com/Hfw0GsTMWE

Roger has always proclaimed that the original Satoshi vision is BCH and not BTC, simply by harping that block sizes shouldn’t be limited. However networks like these evolve over time and gets molded by our collective use over a long period of time.

Unintended consequences are part of technology and technology evolves as an extension of ourselves. Each time we use and interact with it, it changes its nature to better suit our needs.

So in essence, the bitcoin network is reflecting on the collective action and wisdom of all participants globally and not just some person’s vision or misconstrued agenda.

Bitcoin. Would any sane VC invest in a project “lead by a single unknown founder, plans to quit in a year, has a 9-page document with mostly math symbols, no marketing plan/budget, and is projected to have $200,000,000,000+ USD market cap in 10 years”? The crowd did, and made it.

Why Crypto matters MORE For Digital Nomads in 2018