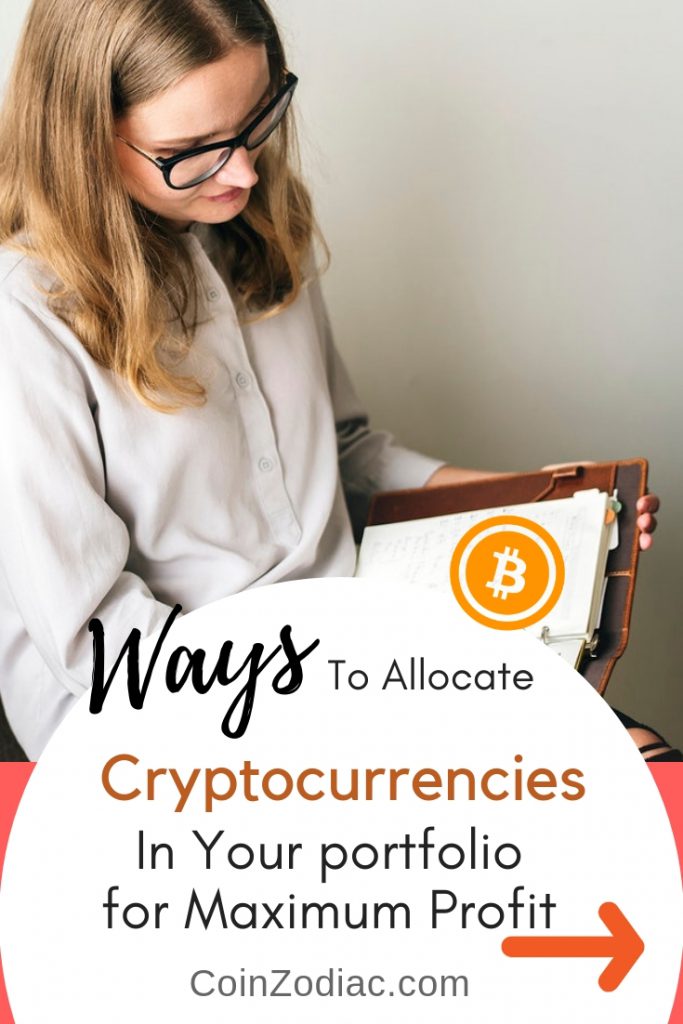 Let me tell you a story of how I first come to learn about cryptocurrencies.

It came from a Marketing Guru who is well known for a Best-selling book. I won’t go into details, but it was his article on LinkedIn that convinced me that the future would be Bitcoin.

He sold me the idea that there would be lots of demand for all kinds of cryptocurrencies. Just like how fiat currencies have dollars, pounds, Yuan, Yen, Francs; so too with Crypto; there’s Bitcoin, Ethereum, Monero, Zcash, etc, etc.

As my interest grew, I began reading, listening, learning, absorbing everything I could about cryptocurrencies.

Very early on, that’s how my mind thought about it — each cryptocurrency, for a different purpose. Over a decade, there will be a surge in demand in network markets.

So i begin to listen what other cryptocurrencies he would recommend aside from the two obvious choices Bitcoin and Ethereum.

He introduces his premium subscriber newsletter that costs thousands of dollars yearly. In it, he would deliver weekly in-depth emails pertaining updates about the industry and how to diversify your investments with so many cryptocurrencies to choose from. It is a confusing maze.

He started off mentioning that everyone should have a diverse set of financial strategies. And that you shouldn’t ultimately boil down all your investments into one strategy. He calls this a loser’s approach.

A master salesman, his pitch was aimed at creating a problem by offering a solution.

In this space, diversification could also mean diworsification.

Putting Each Egg in One Basket

Is diversifying your assets in crypto really the best way to invest?

“Do not put all your eggs in one basket. Diversify.”

In 1952, Harry Markowitz, a US economist and Nobel laureate gave this famous words that today most Business Schools still use to push the merits of diversification.

In fact, it became so proverbial that even laypeople still use it today to highlight the importance of not taking any unnecessary risks.

Peter Lynch is another infamous US businessman and stock investor who swears by portfolio diversification. Indeed, he never ever did see a stock he didn’t like.

While in charge of the Magellan fund, Mr. Lynch had a portfolio of more than a thousand stocks.

If you’re a student of investing and risk management, you would no doubt underscore the importance of portfolio diversification without thinking twice. It will be the basis of any of your trades and strategies.

Meanwhile, if you take a closer look to see some of the most prominent investors and their portfolio, what you will find is that they’re surprisingly concentrated.

Putting All Your Eggs in One basket

Great investors like Warren Buffett and George Soros have a concentrated portfolio.

To Mr. Buffett, over-diversification presents him with a ”low-hazard, low-return” situation. And that would waste his time. An investor with a low risk appetite doesn’t have any conviction to make a return of his money.

Or, rather, that is one of them.

John Maynard Keynes, a British Economist who lived during the middle of the 20th century. Whose influence was so strong, saw an entire school of modern thought bearing his name. He placed an unwavering support at concentrating his investments.

In his case, he said: “As time goes on, I get more and more convinced that the right method in investment is to put fairly large sums into enterprises which one thinks one knows something about and in the management of which one thoroughly believes.”

Mr. Buffett  agrees: “Wide diversification is only required when investors do not understand what they’re doing.”

There’s nothing wrong with diversification. But you’ll probably have to wait a little longer at doing incredibly well at your investments. Time isn’t on your side.

Creating life-changing wealth will be even more difficult. 90% of cryptocurrencies have died. 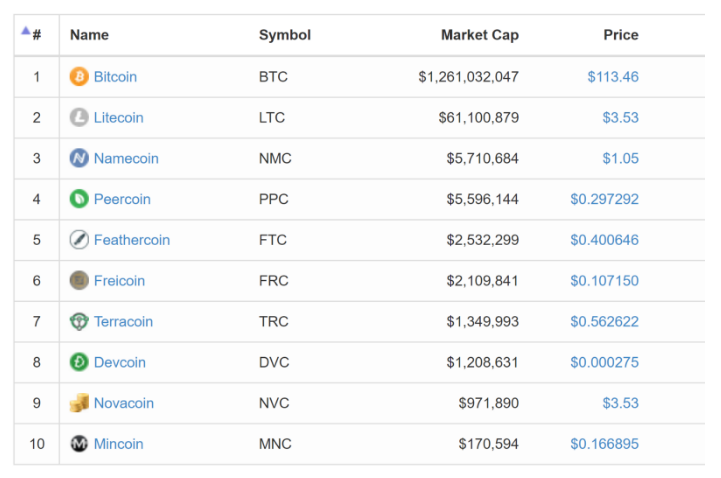 Unless of course you were investing during the bull phase of the market back in early 2017 where you would have seen your investments go up as high as 10,000%. Today, if you continued to pile-up your profits back into these various altcoins, you would have lost 99% of your money.

Creating wealth during a bull market phase is easy. But it could also mean a one time lucky trade for many new cryptocurrency investors.

To generate considerable wealth, some concentration is needed. You’ll need to assess your own risk appetite. Can you afford to lose all the money in your investments? If the answer is No, then you shouldn’t. Don’t Take this as Financial Advice.

Consider The Lindy Effect – Age is a Virtue

This term can be traced back to 1964 to Albert Goldman, an American author who wrote about the music scene in New York City. 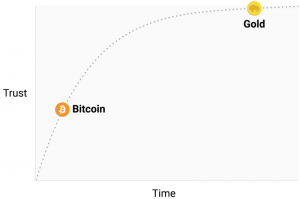 This effect only applies to non-perishable assets, assets that do not depreciate with age. It does not apply to food or living things like apples or people.

Ideas, ideologies, technologies and systems do exhibit some form of the Lindy effect. And cryptocurrencies are all of the above.

Therefore, how you allocate your cryptocurrency portfolio for maximum profit in the long run should also depend on it the Lindy effect.

This concept was also brought forward by Nassim Taleb, an economist whose work focuses on problems such as randomness, probability and uncertainty. He went on and published two Best-selling books titled “The Black Swan and Antifragile” that also discussed the Lindy Effect in detail.

Wealth manager buys his first bitcoin with reference to the Lindy effect, although he doesn’t mention it outright pic.twitter.com/iD418nz4sy

Understanding how these systems and ideas evolve over time gives you a significant upper-hand observation over your peers.

The mere fact that certain cryptocurrencies had survived for a substantial amount of time in an adversarial environment gives rise to its value.

Fragile Systems are self-annihilating. Antifragile systems are self-perpetual. They gain energy from chaos and disorder. As a result, longevity is part of the function of chaos.

Imagine a hive filled with rich, sweet golden honey and bees are swarming around it. The more honey it has, the more incentive there is for a hungry bear to attack it. 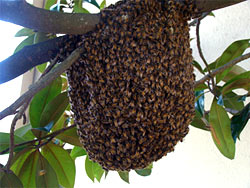 The richer the hive is filled with honey, the more bees that stands guard, the more tempting it is for hungry bears to attack them.

Over time, attacks get repelled. The longer these hives exist, the stronger the defense is proven to be. But it also means there’s more incentive for a bigger and stronger bear to probe them.

Networks such as Bitcoin that transact tens of billions of dollars a day gets attacked on a daily basis. It is a huge hive filled with enormous value, and it has already endured 10 years of constant attacks without failing or even going offline for a brief moment.

That means Bitcoin has a decade worth of hard evidence to its security. While in the grand scheme of time, this is a relatively short period, compared to all of its competition, it is by far the strongest and most securely & artificially designed network on the planet.

As a cryptocurrency investor you also need to realize that prices will be subjected to natural as well as artificial forces. I have written an article that points out the 5 reasons why you’re burning money trading cryptocurrencies.

There is widespread manipulation in the majority of the cryptocurrencies listed on major exchanges. Emphasis is on smaller, newer and less liquid coins.

Illegal practices such as pump and dump groups, spoofing, flooding fake orders and wash trading are used on a daily basis to trick and fool you and me into buying or selling our cryptos.

Unfortunately, many people still think they can outsmart and outperform the market. Unless of course they’re the ones initiating the scheme.

So the question is, are you a short term or a long term thinker?

To find out read this #LitmusTest / Quora answer I’ve written about your time preference.

So while most Cryptocurrencies exist purely for someone’s recreational profit at some others’ expense, there are those who are purely advocates and HODLers who truly care about the evolution of the internet of money.

Here are a couple of other GoodReads: