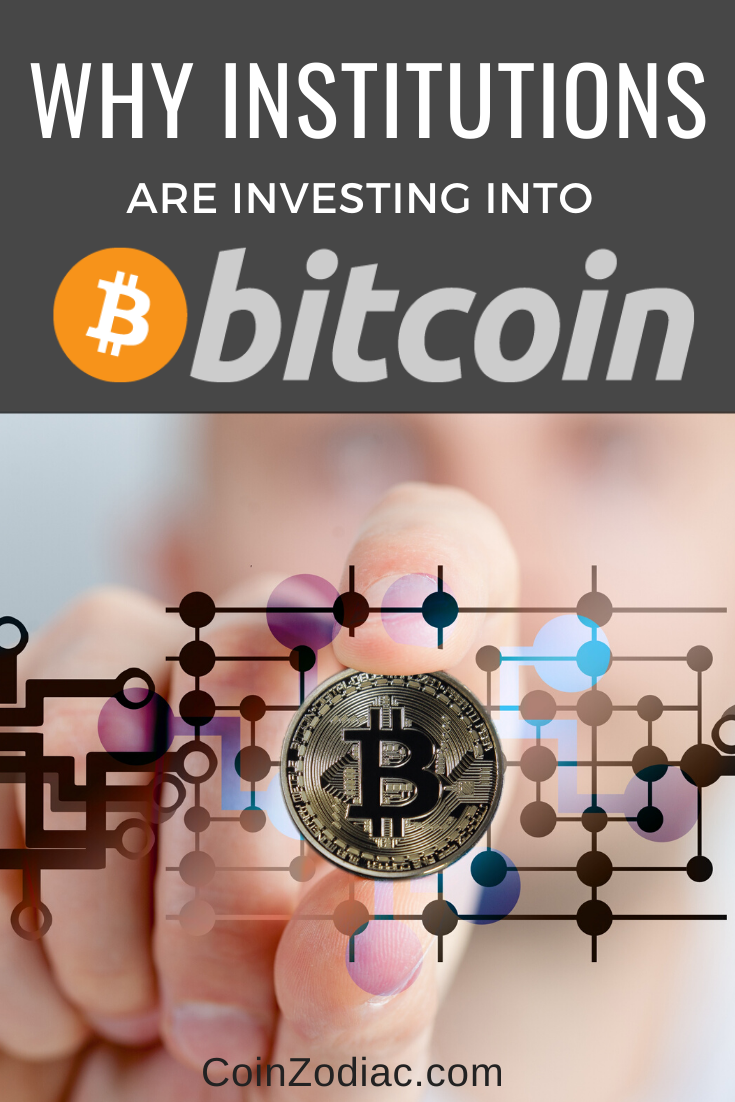 Price is no leading indicator of the underlying value Bitcoin brings to the table. Betting on bitcoin’s demise without first studying its fundamentals is a huge mistake.

Journalists, economists, bankers, government officials and skeptics have been declaring the death of Bitcoin and shouting out loud on their social media channels.

These long time skeptics paraded on the streets feeling vindicated that their doom and gloom prediction finally came true after all these years.

But then again if you read the Bitcoin Obituaries, Bitcoin has actually been declared dead 339 times since 2010.

Thinking Bitcoin will not grow exponentially higher is betting that a $100 Billion empire will fall.

Nike, a company considered incredibly successful is also valued at around $100 Billion.

But remember, Bitcoin didn’t start out with any seed funding.

It isn’t some company.

It doesn’t have shareholders.

Bitcoin started out with just two participants and exploded from the CPUs of the hard core techies.

These hobbyist weren’t concerned about how much money they’d make from selling their bitcoin.

They were refining Satoshi Nakamoto’s vision of a global decentralized peer-to-peer digital cash for the people.

For them, mass adoption is the last thing on their minds.

Nevertheless, Institutions have been moving their chess pieces strategically to prepare for the next Bitcoin bull market.

As retail investors get spooked away by the horror stories portrayed in the media, money men have been quietly purchasing Bitcoins Over-the-counter (OTC).

By accumulating bitcoins via OTC, they are basically procuring BTC without moving the needle on major cryptocurrency exchanges.

OTCs are traded directly between two parties without going through a third party. With Bitcoin, you can perform transactions on the internet without needing an intermediary platform.

LocalBitcoins is one of the many ways you can purchase bitcoin over-the-counter.

How Institutions Set Their Ambush

The best time to buy Bitcoin is not when market sentiment is all rosy and positive, the best time is always when there are blood in the streets. 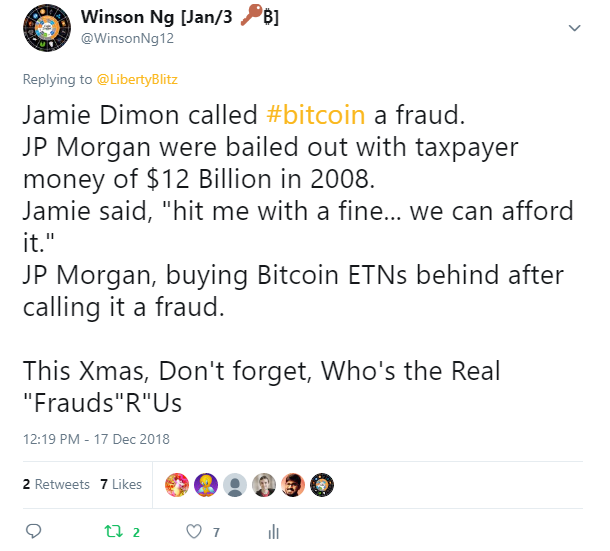 Goldman Sachs came out and said publicly:“Bitcoin will likely continue to decline in price”… “Cryptos don’t meet the definition of money”

But a few months later, they started setting up their own crypto trading desk.

We’ve seen these institutions play these sort of games repeatedly over the decades.

After all these years, we now know that Wall Street and the money men uses the media and their vast resources to manipulate the market.

From the Gold and Silver markets to Forex, and now cryptocurrencies.

It’s easy to rig a market when you have loads of cash to burn and you own a media empire.And the fact is, right now institutions are getting the best prices on Bitcoin since early 2017… While the average investor panic and sold, big investors accumulated them for the next run in.

This is why I don’t try to trade cryptocurrencies. Thousands have lost their money trying to pick out the next Bitcoin.

My only recommendation for you is buying some Bitcoin and storing it in a hardware wallet for the next 5 to 10 years depending on your time preference.

Never invest more than you can afford to lose.

Nobody can ever outsmart the market, unless they have a crystal ball. Be skeptical of anyone telling you they can predict the price.

They are more interested in selling you subscriptions to their premium newsletters.

Other examples of influential figures joining the party include:

George Soros who gave the green light to his $26 billion family office to buy cryptos.

Steve Cohen, who has one of the best hedge fund track records of all time, invested in Bitcoin for the first time in 2017.

The Rothschilds are also reportedly dumping stocks and buying cryptocurrencies.

So what does that tell you?

It tells me that some very rich and smart people have figured out that Bitcoin will make them even more money than ever before.

And they’re taking major strides in that direction.

Patterns are everything when it comes to forecasting trends.

Anybody noticing these patterns but still sitting on the sidelines right now is making a huge mistake.

Institutions operate silently before the crowd goes into a frenzy like the ones we saw in December 2017.

Now is not the time to sit on the fence.

The owner of NYSE, Jeff Sprecher is a huge Bitcoin bull and has been a silent partner with Coinbase since 2015.

Goldman Sachs has been exploring cryptocurrency custody for their customers.

Northern Trust who holds over a $1 Trillion dollars in assets was testing proof of concept for crypto custody as well.

BlackRock, another trillion dollar asset manager is mulling a move into bitcoin. They’re closely monitoring what their rivals are doing in the space.

Considering that they manage over $6 Trillion dollars of their client’s money, they will not tell you what they’re going to do before it’s done.

When investing, Institutions don’t just look at the current price of Bitcoin.

They understand that it is not an important indication of the future value of the network.

They also look at the fundamental drivers of the Bitcoin network.

Here are some of them:

It means that adoption is now much wider than before.

Billionaire, Tim Draper a perennial Bitcoin bull said that while the internet went after industries that were $10 – $100 billion dollars, cryptocurrency will go after trillion dollar markets like finance, healthcare, insurance, banking, investment banking and governments.

Upsetting the status quo always results in the strongest of opposition.

Which is why you shouldn’t be distracted by the noise.

Look at the infrastructure, observe what institutions are doing and above all else, focus on the fundamentals.

Bitcoin is not going anywhere.

Want to Find out More about Bitcoin?

Saving Money, Literally, in the Age of The Internet (Why Bitcoin?)

Bitcoin Vs. "Other Cryptocurrencies"